After the creation of the UEFA Champions League, there are no more "bad guys" in European football?

There was a thunder on the ground.   In the early morning of the 19th Beijing time, on an ordinary match day in European football, 12 giants announced the creation of the "European Premier League."   Now, UEFA and these 12 clubs have faced off for a round, and many football celebrities, even British Prime Minister Johnson and French President Macron have joined the debate.   Where the big shi 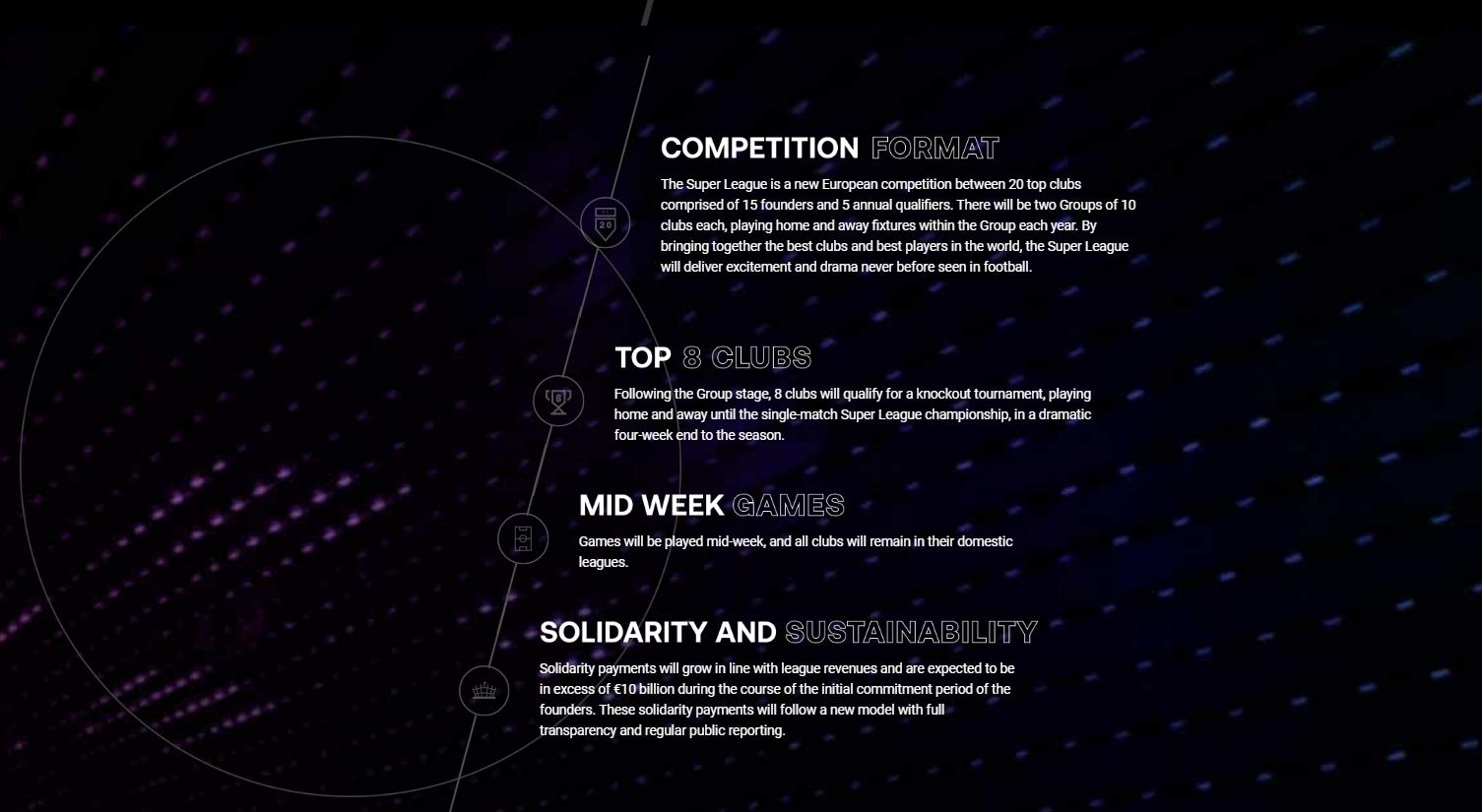 There was a thunder on the ground.

In the early morning of the 19th Beijing time, on an ordinary match day in European football, 12 giants announced the creation of the "European Premier League."

Now, UEFA and these 12 clubs have faced off for a round, and many football celebrities, even British Prime Minister Johnson and French President Macron have joined the debate.

Where the big ship of European football is heading, and what impact football, the world's No. 1 sport, will have due to this, are still uncertain.

This turmoil has just begun.

What is the European Super League?

According to the UEFA Super League statement, there will be 20 clubs participating, including 15 founding clubs and 5 qualified clubs.

The tournament will start in August each year. The 20 teams are divided into two groups, with 10 teams in each group playing home and away group matches.

Before the finals, there are two rounds of home and away games. The finals will be held at the end of May and will be played in a neutral position.

Bayern, the Champions League champions last season, did not participate in the formation of the UEFA Super League.

In other words, with the exception of Bayern, Dortmund and Paris Saint-Germain in the Bundesliga, the top five European leagues are "rising up" and are preparing to form their own league independently of UEFA.

Of course, there must be a reason behind such a tossing.

At present, the most superficial factor is money.

It is reported that each founding team of the UEFA Super League will receive up to 350 million euros (approximately 2.73 billion yuan) in start-up funds.

After the successful launch, revenues such as broadcast fees and sponsorship will continue to be credited.

For the European football clubs that have been hit hard by the epidemic, this is a huge cake, and even a sum of money that can save lives.

For example, the official financial report of Barcelona for the 2019-20 season shows that the club's total debt has reached 1.173 billion euros, of which short-term debt reached 730 million euros.

Of course, for Manchester United, Real Madrid, Chelsea, Manchester City and other clubs that are "not bad for money", it is not a "life-saving" but a profit-seeking.

On the evening of the 19th, Beijing time, UEFA announced the restructuring of the Champions League as planned.

And these clubs announced the formation of the UEFA Super League node is also very elegant-grabbed the day before UEFA announced the UEFA Champions League restructuring plan.

Of course, from the perspective of perception, those "pan-fans" who have not specifically identified the home team must not like Real Madrid against an unknown team from Sweden, and prefer a strong dialogue between Real Madrid and Barcelona.

For clubs like Real Madrid and Manchester United, they don't like small clubs to divide their "cake".

The needs and interests of each part of the group accelerate the collision, resulting in the current turbulent situation in European football.

On the day when UEFA announced the restructuring of the Champions League, UEFA President Ceferin also issued quite a strong warning to the 12 clubs to expel the appearance of national leagues and European wars, and prohibit their players from participating in national team games.

However, the 12 clubs, which have almost exhausted high-quality resources, have enough confidence to ignore them.

In fact, there are two sides to everything. The UEFA Super League may produce huge economic benefits, and it may also be very enjoyable in terms of perception. However, this approach of pursuing the interests of a small number of people is likely to produce a situation of "excessively addicted to death".

These giant teams at the top of the European football pyramid are supported by low-end civilian teams and even poor teams.

With this kind of solitary joy, it may be difficult to stage the miracle of Porto, the Miracle of Leicester City, and the counter-attack of the Ajax Youth Army in the future.

Some teams that are far from the threshold of the Champions League will be greatly impacted.

The empty field of football matches, so that the income of football clubs has dropped sharply.

For example, the Bundesliga Schalke 04, who was on the verge of bankruptcy under the impact of the epidemic, has basically determined to be downgraded. In the next few years, it may be difficult for them to get out of this decline.

When the 12 clubs of the European Super League take over the cake, it is very likely that more "Schalke 04" will be born, which is difficult to open source, and they are often important "suppliers" to the rich.

It is hard to imagine what the European football and even the world football will look like after the UEFA Super League has been running for 5, 10 years or even longer, and how football, the world's number one sport, will be affected.

It is reported that the UEFA Champions League is scheduled to start in September this year.

Before that, there will be countless games.