The rumor went on Sunday and at midnight the message came. Twelve major European clubs are launching their own closed league - the Super League. Now UEFA is furious at the news. "We will try to stop this cynical project," they wrote in a statement. 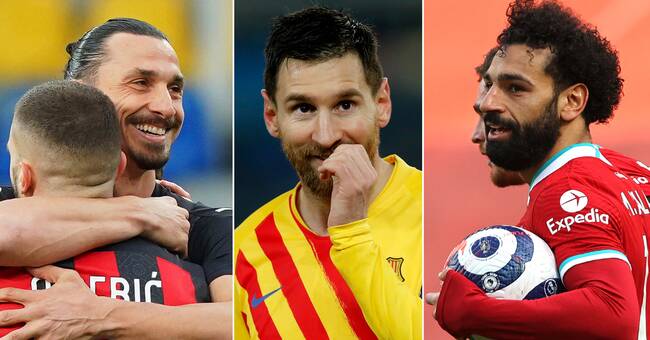 It has been described as a direct challenger to the Champions League.

European big clubs that break away and create a completely new league of their own.

At midnight, they issued a joint statement confirming the rumor.

Twelve clubs from Italy, Spain and the United Kingdom are jointly planning to found the Super League.

- By bringing together the world's biggest clubs and players to play against each other throughout the season, the Super League will start a new chapter for European football, says Manchester United co-owner Joel Glazer who will be vice president of the new league.

Additional clubs will be added, according to the statement.

A total of 15 clubs will have a permanent place in the league and another five will be able to qualify there.

According to the statement, the clubs will play in the new league in parallel with games in their domestic leagues.

UEFA promises to fight it

But whether it will become a reality remains to be seen.

Both UEFA and FIFA went out earlier on Sunday with a statement in which they promised a fight.

They call the initiative a "cynical project" and promise to fight it in every way they can.

If the plans come true, they will stop the clubs from playing in their domestic leagues.

And the team's players may also be prevented from playing in their national teams, they write.

United icon: "It's a shame"

Manchester United icon Gary Neville was completely furious at the news when he spoke on Sky Sports earlier on Sunday.

Honestly, we have to take back power from the top clubs in this country and that includes my club, he says in Sky Sports.

He states that neither Manchester United nor Tottenham Hotspur play in the Champions League now - and then they will use their money to create their own league instead of which they can not leave.