Interview|Zhang Lu: After more than 20 years of catching, why is Chinese football not good enough?

"The foundation is very weak now. You said (women's football) rushed in once and not once. How effective is it for Chinese football as a whole?"   Speaking of the Chinese women's football team rushing into the Tokyo Olympics a few days ago, old footballer Zhang Lu looked lightly. Frankly speaking, this answer surprised me a bit.   The 70-year-old coach Zhang Lu is still in the front line of Ch 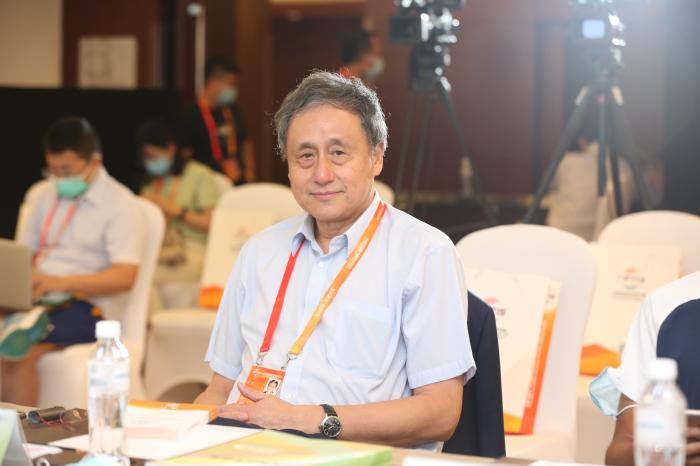 "The foundation is very weak now. You said (women's football) rushed in once and not once. How effective is it for Chinese football as a whole?"

Frankly speaking, this answer surprised me a bit.

The 70-year-old coach Zhang Lu is still in the front line of Chinese football, focusing on the popularization of campus football and football.

In his view, Chinese football still needs to lay a solid foundation, which has been seriously missing in the past 20 years.

Talking about football with Zhang Lu's director must not avoid the topic of youth football.

He has been cultivating in this field for 40 years and has experienced the growth of the "golden generation" of Chinese football. He also sees that his disregard for youth football has gradually led to the depletion of talents.

"Campus football is in school, with the focus on popularization, so that children can exercise, strengthen their physical fitness, improve their personality and temper their will. This is more under the supervision of the Ministry of Education."

"Football is a part of education. It is not about cultivating outstanding athletes. Only by giving children quality education can it be popularized and let them play football."

Regarding youth football, Zhang Lu said that this is to select top players and train football players. It is for a small number of people and should be done outside the school.

If it is carried out in school, it will definitely have an impact on the popularity of football.

Zhang Lu cited a more representative example: the past system of Chinese football was to top the top of the elementary school, build a school team, and do inter-school games.

"In this way, the school will inevitably focus on improvement, no one will pay attention to the popularization of football, so many children do not play football, the'base' is ignored, and in fact, there is no good choice."

"On this issue, it used to be off the track. So Chinese football has been caught for more than 20 years, but it still can't make it." Zhang Lu said helplessly.

Data map: On November 14, 2019, in the World Cup Asian Top 40, the national football team lost 1:2 to Syria in the away game. The qualifying situation was precarious. Lippi resigned after the game.

"Why should parents choose one of the two?"

In the past, when chatting with youth training practitioners, I always heard a voice. After elementary school, the number of children playing football would drop off a cliff. Even some children with good talents finally gave up under the compulsory requirements of teachers and parents. football.

Zhang Lu said that this is actually a problem for our footballers.

"Why should parents choose one of the two? Can't parents be allowed to take care of both?"

"Our youth training and campus football both have early competitive, professional, and adult ideas. They practice two or three hours a day. I can’t wait to practice every day, so this will inevitably make parents make a decision. Most parents will be aware of it. Now, it’s too difficult to play football, and many parents have to give up football."

Data map: On May 31, 2018, the donation ceremony of the "National Children's Football Park Project" was held in Beijing Changping Baxianzhuang Kindergarten.

Zhang Lu said that middle school students in many advanced football countries train 3 times a week, 1.5 hours each time, and play a game on the weekend.

"If our children finish their homework and go to an amateur football club outside school to train in the evening, they can play football normally and they can study normally like other children."

"When football is just a child’s extracurricular activity, parents can take care of both and continue to observe whether the child is likely to become a star. When they are 16 years old, they can see whether the child is suitable for football. At this time, the parent makes a choice. It's easy."

"Campus football should not be utilitarian"

How is the current development of campus football?

Zhang Lu said that since the promulgation of the overall plan for China's football reform in 2015, campus football has developed relatively rapidly.

"As far as I know, the Ministry of Education has more than 28,000 special schools, and 28 million primary and middle school students are playing football."

"If there are so many children playing, it is very impressive. This is a very solid foundation. But now whether these children are all playing and how they are playing still needs to be further implemented. Including how to teach football lessons well. , How to regularly carry out the class competition in the school, these must be implemented."

However, Zhang Lu also admitted that there are more kids playing football now, but if you don't grasp it well, it is possible to return to the early competitive and professional utilitarian path.

"It may repeat the same mistakes, this may not be impossible." Zhang Lu emphasized specially.

Zhang Lu told a reporter from Chinanews.com that campus football should still be played primarily.

"We have recently engaged in fenced football. The area of ​​the field is about one-third of the standard basketball court. Children play 5 on 5 casually. The teacher is not allowed, and the coach is not allowed to talk. They just play by themselves and return to the state of playing when we were young. The children love it."

"In fact, it's not that football is boring, but our method is boring. Since childhood, formal training and prescribed movement exercises are very boring."

"Fence football originated from the grassroots football plan of FIFA. Through this free game method, children can produce creativity, imagination, adventure, and exploration spirit. In this process, they also cultivate temperament and improve their personality. Have fun." Zhang Lu said.