Coviddrabbanne Vancouver won in the comeback

A major eruption of covid-19 put an end to Vancouver in NHL ice hockey for nearly four weeks. Last night, the team was back in the hot air again. Nils Höglander scored the important equalizer when Toronto was defeated in overtime. 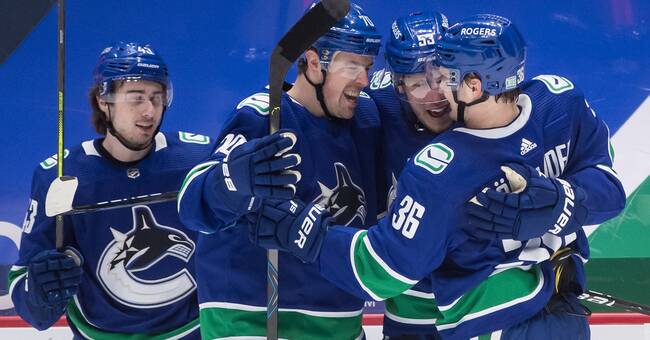 The corona eruption affected 22 players and four leaders and Vancouver had not played a game since March 24 when the team entered the ice ahead of Monday night's meeting with Toronto.

However, the disease does not seem to have left any deep traces in the players.

After a slow start, where Toronto went up in a 2-0 lead thanks to goals by, among others, William Nylander, Vancouver worked its way into the match.

- This is no ordinary victory during a normal season.

This is a special victory, says Vancouver's coach Travis Green, who has also been ill in covid-19, reports nhl.com.

The turning point in the match came when Nils Höglander at the end of the second period sent off a long pass against Bo Horvat, who was able to set the team's first goal in almost four weeks.

In the third period, Höglander then fixed the equalizer goal and it was suddenly 2-2, a result that lasted the period.

In overtime, Horvat became the match hero when he knocked in the winning goal after just over a minute.

- I can not be prouder of our guys.

The way they got together tonight, stuck to the game and fought for the victory, says two-goal shooter Horvat after the match.

- We have gone through a lot in the group in recent weeks.

I am proud of our team and how we hold together and won, says Green.