Al-Ahly, with a "half-team", defeats the stars of Zamalek in the "summit of embarrassment"

&nbsp;Al-Ahly resolved the postponed summit match of the fourth week of the Egyptian Football League by beating its traditional rival Zamalek 2-1 today, Sunday, in a scenario completely similar to the last confrontation that brought them together in the final match of the African Champions League, which ended with the same result and the culmination of "El-Pass 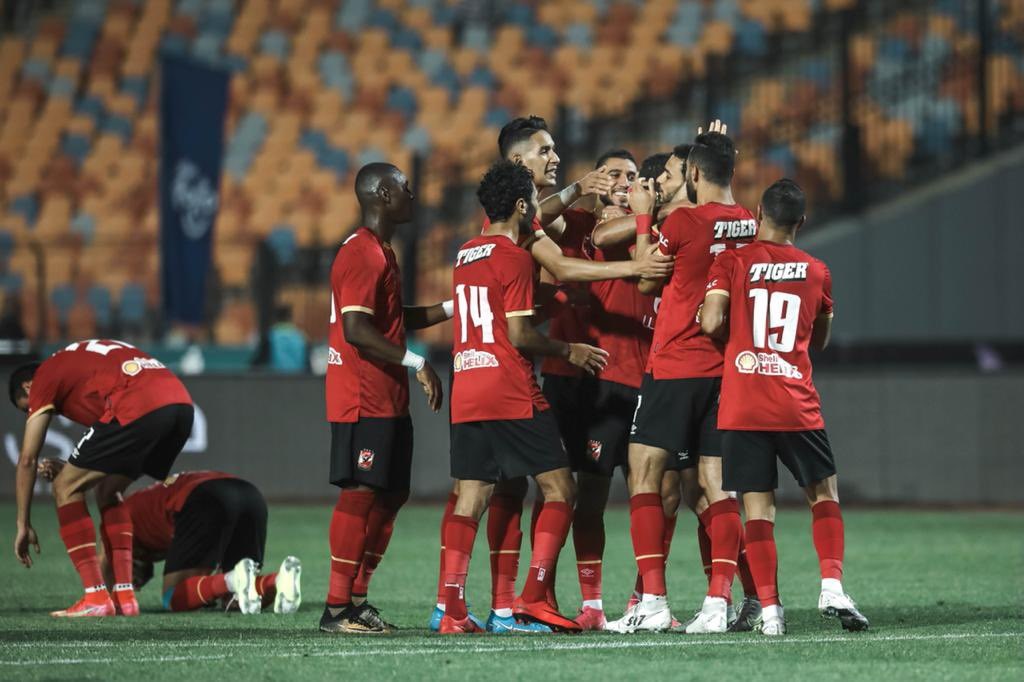 Al-Ahly, with a "half-team", defeats the stars of Zamalek in the "summit of embarrassment"

Al-Ahly decided the postponed summit match of the fourth week of the Egyptian Football League by beating its traditional rivals Zamalek 2-1 today, Sunday, in a scenario completely similar to the last confrontation that brought them together in the final match of the African Champions League, which ended with the same result and the crowning of the "Red Genie" the continental title .

The match was the height of embarrassment for Zamalek, who fought the confrontation in the absence of the players Ahmed Eid and Imam Ashour, while 11 "half of the team" players were absent from Al-Ahly, led by international goalkeeper Mohamed El-Shennawi, Cameroonian Ajay and Tunisian Ali Maaloul.

The first half, "Ahlawy" with distinction

Al-Ahly dominated the first half completely and deserved to go ahead 2-1 after a disciplined team tactical performance that terrorized the players of Zamalek and the men of the South African coach Musimani who were more focused and technically mature in bonding, passing balls and gradually moving balls across the three lines.

On the other hand, Zamalek entered the match shaken and disassembled, and his players appeared confused since the first minutes when Al-Ahly almost scored three chances for scoring, which began with striker Mohamed Sharif with a shot a few meters away that passed next to the right post of goalkeeper Mahmoud Jensh, followed by Hussein Al-Shahat with two chances that the defense Zamalekawi took care of. .

But Zamalek's steadfastness did not last in front of Al-Ahly's activity, so it was logical that Sherif scored the first goal for Al-Ahly (22) after a charming pass from the star of the half, Ayman Ashraf. Ali Lotfi, the international alternative guard, Muhammad al-Shennawi, who is infected with the Coronavirus (30).

Zamalek overlooked the opportunity to seize the high spirits white by committing his playmaker Obama an unforgivable mistake in the midfield to reach Mohamed Sharif, who fired a "surface-to-air" missile that exploded in the range of Jensh (34).

Obama was also the grim story of Zamalek in the first half, when he wasted two balls inside the region, one of which was sufficient for modification, but he lacked the offensive competence in their translation.

The second half ... a war of coaches and a "runaway"

The French coach, Zamalek, Kalteron, intervened in the coaches' game to raise the level of offensive effectiveness, so he fired the papers of Ahmed Zizou and the Tunisian Seif El-Din Al-Jaziri instead of Shikabala and Marwan Hamdi, respectively. Referee Mahmoud Al-Banna returned to the "mouse" video technique in the second and confirmed its calculation, but the second Al-Ahly goalkeeper, Lotfi, worked on the method of Al-Shennawi and tackled the ball of Mahmoud Alaa.

This confrontation gave Al-Ahly coach the opportunity to rearrange the cards in front of Al-Zamalekawi, so he made three substitutions, involving Nasser Maher, Marwan Al-Shahat and Mahmoud Kahraba, in place of Hussein Al-Shahat, Sharif and Taher, in an attempt to restore balance and deprive Zamalek of the ball.

Calteron’s mind moved, so left back Ahmed Fattouh took out and gave his team a fresh breath with the participation of Abdullah Jumaa, then the Moroccan striker Habib Haddad. Musimani responded by involving Walid Suleiman and Akram Tawfiq instead of Qafsha and Beckham to stick to progress.

Ali Lotfi was the champion of the last minutes by addressing a strong header from Mahmoud Alaa to deprive Zamalek of the opportunity to amend, and the match ended Ahlawyah 2-1.