Violations of children and young people, crime and lack of transparency. Swedish sports face a number of challenges, shows a new report prepared by the Center for Sports Research on behalf of the government. - You have to work with sanctions that are at the level that no one wants to break the rules, says Johan R Norberg, investigator at the Center for Sports Research, to SVT Sport. 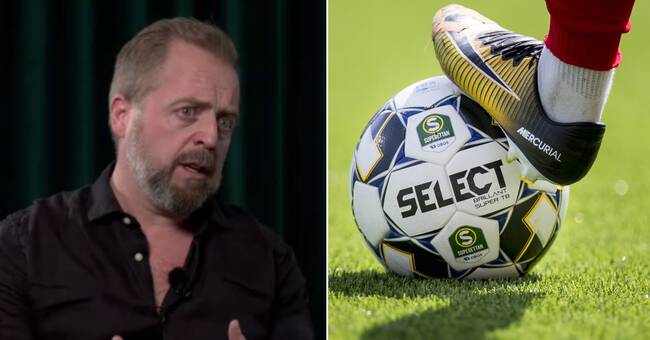 Over the years, international sports have had major problems with, for example, corruption, lack of ethics and doping.

Against this background, the government has commissioned the Center for Sports Research to investigate what the challenges look like in Swedish sports.

And after just over 15 months of work, the report "Sports' risk zones - on paths to safe and credible sports" is published today.

Sweden has been hesitant

The report sheds light on what the governance of the Swedish sports movement looks like, ie how sports - which are largely independent - can develop in the right direction on their own.

- In Sweden, we have been a bit hesitant and said that the problems that exist internationally, they do not apply to the Swedish popular movement model.

But the report shows that all those issues that are wrestled with internationally are also relevant in Sweden, says Johan R Norberg to SVT Sport.

Johan R Norberg is an investigator at the Center for Sports Research but also a professor of sports science at Malmö University.

"Soft control" is part of the problem

He says that the challenges in Sweden are, for example, violations against children and young people, sexual abuse, crime and lack of transparency and openness in decision-making processes.

The problems are largely due to the "soft control" that exists in Swedish sports.

- The point is that you want associations and unions to voluntarily want to go in the right direction.

You work a lot with fundamental values, ethics, good examples and so on.

And that is good, but the problem is that when you have a system that can be abused, sooner or later there is someone who does it, says Johan R Norberg and adds:

- You may have to work more with clear rules and responsibilities.

It must be clear who ensures that rules are followed and you may have to work with sanctions that are at the level that no one wants to break the rules.

The sports movement does not like to be criticized

Another big challenge is that the sports movement in Sweden does not like to be criticized and instead wants to talk about all the good that sports do.

But the risk when you have to take care of your challenges at the same time is that a conflict of interest may arise.

It may be that an association does not take hold of that tricky leader because you do not want the others in the local community to think that the association has problems.

- An important point in this report is that sport must dare to talk about its challenges.