"It's time to put an end to persistent greed": how UEFA reacted to the possible creation of the Super League by top clubs

UEFA will do its utmost to prevent the creation of a Super League. This is stated in a joint statement of the organization with the English, Spanish and Italian football federations and leading leagues. According to the text of the letter, serious sanctions will be imposed on all potential participants in the project. Earlier, a number of Western publications informed about the possible imminent launch of a new tournament, which allegedly will include 12 top clubs from England, Spain and Italy. At the same time, it was reported that the French and German grants refused to join the project. 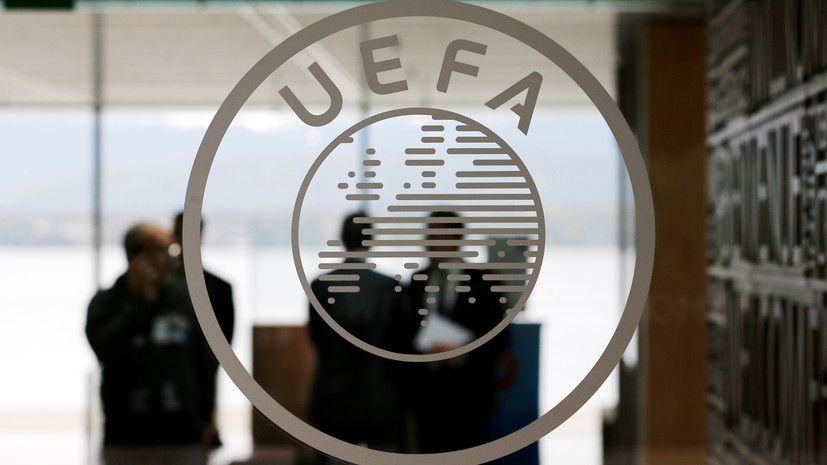 UEFA published on its official website a joint statement with the English, Spanish and Italian football federations, as well as the Premier League, La Liga and Serie A. In it, the organizations condemned the possible creation of the Super League by a number of leading European football clubs.

The Union of European Football Associations noted that they received information about the presence of such plans from a number of top clubs.

"We want to emphasize that if this happens, then we ... will not stop our common efforts to stop this cynical project based on the personal gain of several clubs, while the society more than ever needs solidarity," the official says. the UEFA website.

To stop the initiative group, the organization intends to impose serious sanctions against all who move to the Super League: clubs will be disqualified and will not be able to participate in tournaments under the auspices of FIFA and six continental confederations, including UEFA.

And the players will lose the opportunity to play for their national teams.

“We will consider all the measures available to us at all legal and sporting levels to prevent this.

Football is based on open competitions and sporting principles and nothing else, ”the UEFA officials said.

Also, the authors of the letter thanked the French and German clubs for refusing to participate in the project.

“We call on all football fans, fans and politicians to join us in the fight against such a project if its launch is announced.

It is time to put an end to the persistent greed of the few.

There is a limit to everything, ”the statement reads.

Information that a number of European giants will in the near future allegedly announce the creation of the Super League appeared on Sunday in the Western media with reference to some sources familiar with the situation.

So, according to The New York Times, at least 12 clubs agreed in principle to participate in the project: Manchester United, Liverpool, Manchester City, Arsenal, Chelsea, Tottenham, Real , Barcelona, ​​Atlético, Juventus, Milan and Inter.

Six of them represent England, and three each - Spain and Italy.

However, there were no teams from France and Germany among the alleged founding members.

According to media reports, Bavaria, Borussia Dortmund and PSG refused to participate in the project.

In the case of the Parisians, this is allegedly due to the fact that the president of the club, Nasser Al-Khelaifi, is a member of the UEFA board of directors, and also heads the beIN Media Group, which paid a serious sum for the right to broadcast the Champions League.

At the same time, French journalist Bertrand Latour wrote that the creation of the Super League could allegedly be announced on Sunday evening, but this never happened.

"They will burn money like they did in recent years."

Leading European national leagues also made their own statements in which they spoke out strongly against the creation of a new tournament.

The Premier League, which in the event of the appearance of the Super League, may leave the top six teams, is trying to make every effort to save them and prevent disaster.

“The Premier League prides itself on hosting competitive and exciting football competitions, making it the most popular in the world.

Our success has allowed us to make a huge financial contribution to English football, ”the league website says.

“Fans of any club in England and Europe can dream that their team will rise to the top and play with the best.

We believe that the concept of the European Super League will destroy this dream ”, - noted in England.

And in Italy, according to media reports, an emergency meeting is allegedly being prepared due to a possible participation in a new project of the sports streaming service DAZN.

However, the organization itself denied this information and called it a lie.

“Neither DAZN nor Mr. Leonard Blavatnik are in any way involved or interested in discussions regarding the creation of the Super League.

Such negotiations are not being conducted, "DAZN Reuters quoted as saying.

But the most harsh about the creation of a new tournament was expressed in Germany and Spain.

Thus, the executive director of the Bundesliga Christian Seifert called Real and Barcelona, ​​which are considered one of the main initiators of the establishment of the Super League, “money-burning machines”.

In his opinion, they will only spend the funds they receive from participating in the project.

“The harsh truth is that some of these so-called superclubs are in fact poorly managed money-burning machines that have failed, over a decade of incredible growth, to come close to creating any sustainable business model.

If I were an investor, I would wonder if these are the right partners.

In the end, they will burn money, as they have done in recent years.

They need to think about introducing a sustainable business model and a salary cap, ”Mundo Deportivo quoted Seifert as saying.

And the president of La Liga, Javier Tebas, on his Twitter page promised clubs that expressed a desire to join the Super League, a tough answer.

“Finally, the PowerPoint Super League gurus got out of the dark bar at 5am, intoxicated with selfishness and lack of solidarity,” Tebas wrote.

According to La Gazzetta dello sport, UEFA is really going to do everything possible to keep the defectors.

Moreover, we will talk not only about disqualifications, but also grandiose legal proceedings - allegedly the Union intends to file a lawsuit in the amount of $ 50-60 billion against all clubs that want to secede.

The first talks about the possible creation of a new tournament, in which the strongest teams in Europe will join the participants, began last year.

Then the Spanish company Key Capital Partners and the president of Real Madrid Florentino Perez invited about 20 clubs to discuss.

So, The Times reported that each of the British giants was offered € 350 million for joining the Super League.

At the end of January, FIFA issued a public statement on this topic, in which it condemned the creation of a new competition.

“In light of the recent media speculation about the establishment of a closed European Super League by some FIFA clubs and six confederations (AFC, CAF, CONCACAF, CONMEBOL, OFC and UEFA), we would like to reiterate and strongly emphasize that such a tournament will not be recognized by FIFA and the corresponding confederation. Any club or player involved in such a competition, as a result, will not be allowed to participate in any competition organized by FIFA or the relevant confederation, ”the message said.