Will the Tokyo Olympics Take Place as Planned? 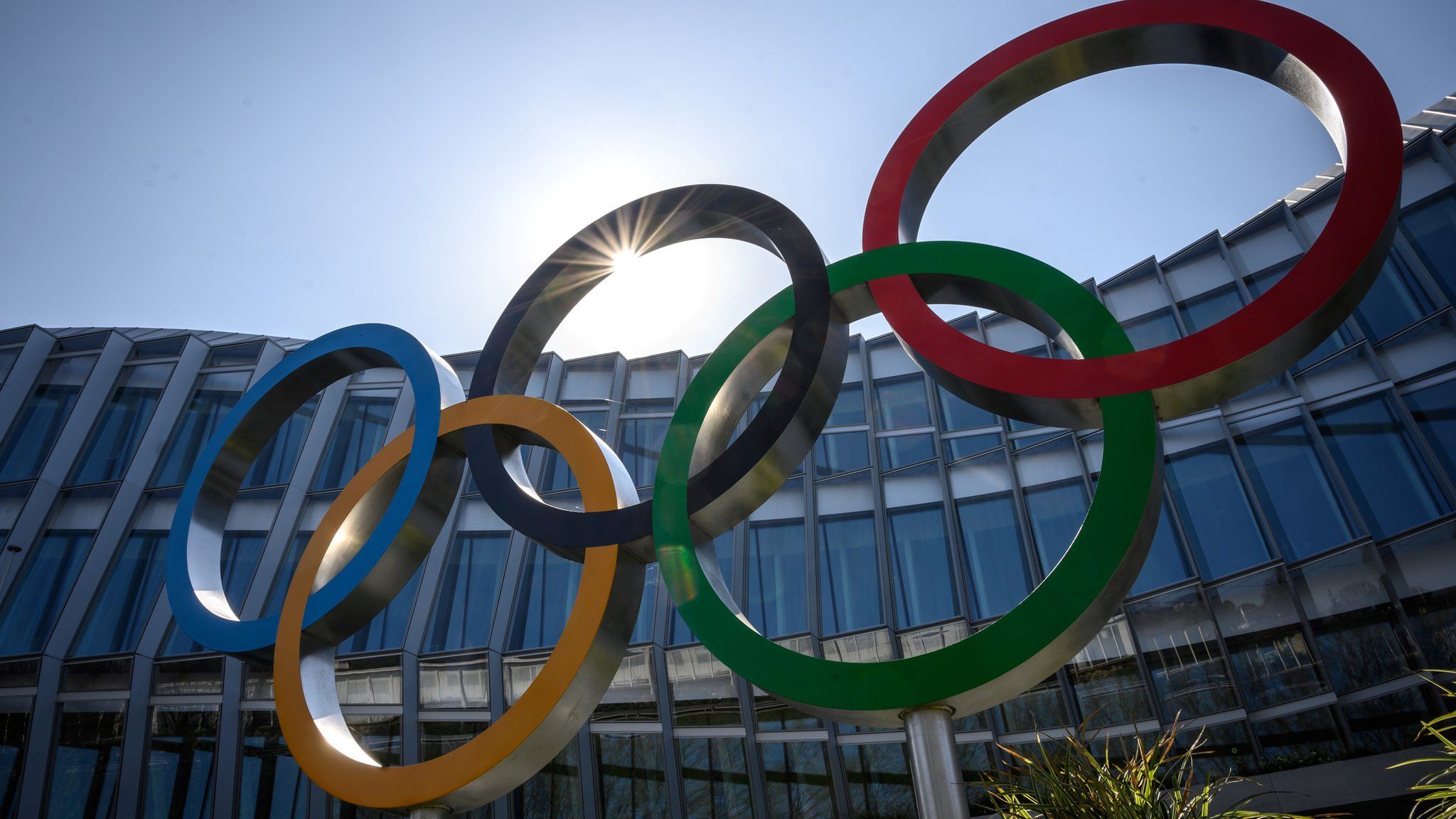 When the 2020 Tokyo Olympics were delayed as result of the coronavirus pandemic, the prevailing sentiment was that life across the globe would be close enough to normal for the keystone event to take place in 2021. And so, in turn, a tentative start date of July 23, 2021 was set.

Here’s the thing: That date may not be written stone. Heck, the Olympics might not even be set in stone. Though the coronavirus pandemic has to some extent subsided amid the creation and deployment of three different vaccines, the world at large is not out of the woods yet. In some parts of the globe, including Japan, the current circumstances are discouraging enough to perhaps fuel another delay.

Harbingers of this doubt are everywhere. They may be most notable at sportsbooks. From the best sportsbooks in the United States to the best betting sites in Canada to the best online sportsbooks all over the world, it is increasingly difficult to find odds on Olympics futures. The participation of so many countries is up in the air, so it can be tough to cobble together a concrete list of potential winners across most sports. The betting sites themselves won’t want to take on wagers they just have to pay back later if select countries opt out or the Olympics get pushed back again—or, worse, cancelled altogether.

Surely the latter isn’t in play, right? We’re more than a year into the pandemic. Pfizer, Moderna and Johnson & Johnson have vaccines. There’s still nearly one-third of the year to go before the opening ceremonies. Life will improve. It will be fine. The Olympics will take place as scheduled this time. 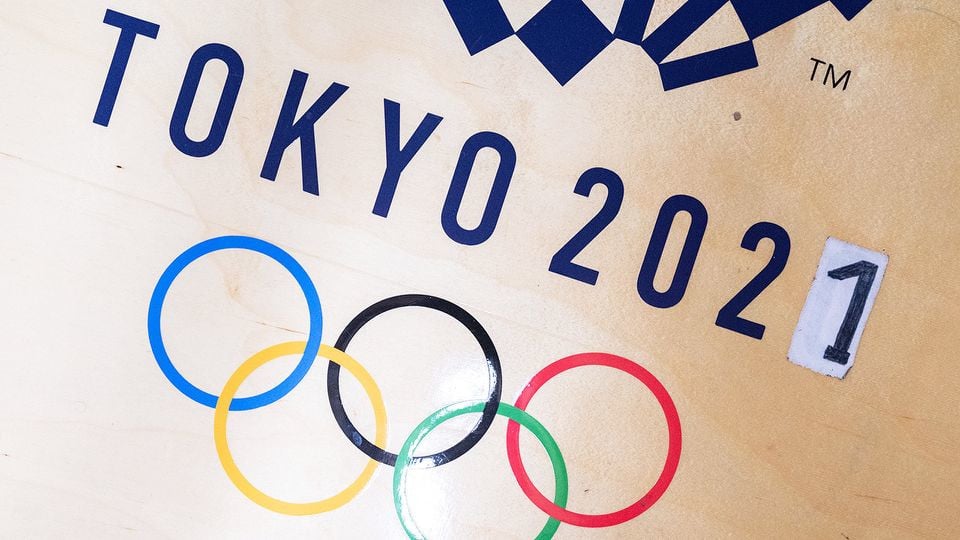 The Pandemic Isn’t Over

For all this news about vaccines and declining positivity rates, the pandemic is not over. Most notably, what many are experiencing in the United States is not par for the course elsewhere.

Canada has needed to shut down various parts of the country due to a less-than-ideal vaccine rollout. The United States has its own hot spots. In Japan, where the Olympics are set to take place, the situation appears even more tenuous. The country is currently battling a fourth wave of the virus. Japan recently surpassed 500,000 positive cases, according to CNN.

Still, as the Japanese government has noted, hosting the Olympics is a momentous opportunity. They’ve repeatedly pledged to reach 100 million vaccinations by the start of the events. But as of now, they have vaccinated only 1.1 million people out of their 126 million population. That’s less than one percent of the country. What’s more, only 0.4 percent of the population has received a second dose of the vaccine. (Both Modern and Pfizer require a second vaccine to reach 90-plus-percent efficacy).

Slow vaccine rollout is obviously an issue with the Olympics looming. But that may also be a reason to trust that Japan picks up the pace. They have roughly $25 billion in revenue on the line is all said and done. 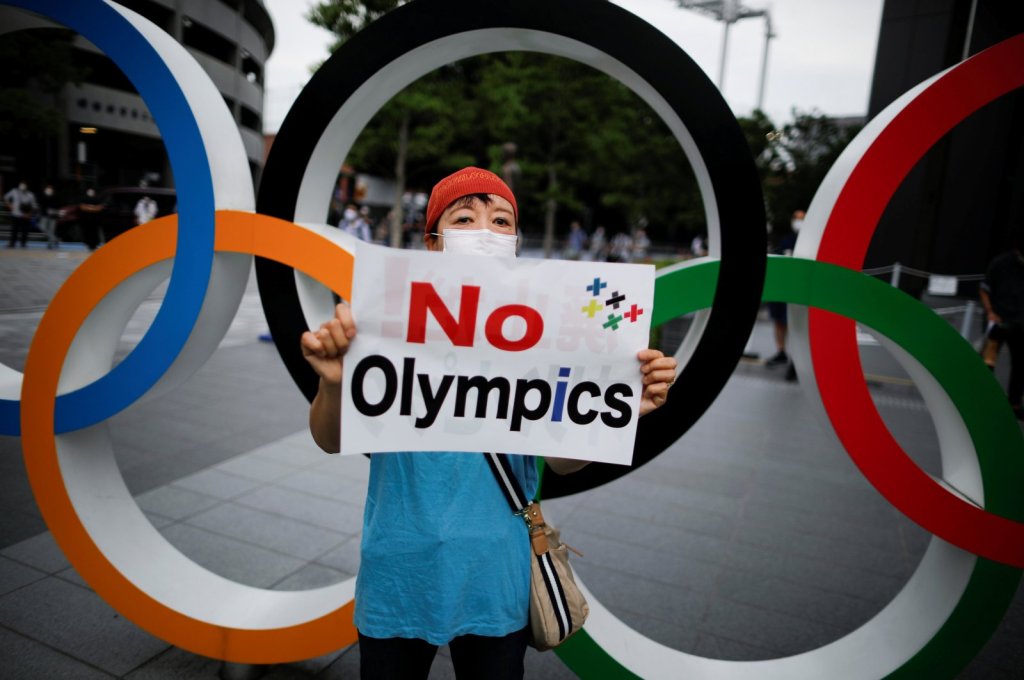 Could the Olympics Really Be Postponed or Cancelled Again?

News continues to change around the world on a daily basis. The introduction of a vaccine means we have turned a corner, but we are all, together, still very much in uncharted territory.

In other words: Nothing is certain—including the Olympics.

Over the winter, around February, it seemed like a good bet they would be postponed again or ultimately cancelled. Optimism took over in the weeks that followed, but Japan may not be given a choice if its vaccination rate doesn’t accelerate.

And we’re not talking about a gradual expedition. This isn’t a call that can be made in the 11th hour. There will need to be at least a few weeks’ worth of encouraging COVID-19 vaccination and case data prior to the Olympics. So if things in Japan are still so difficult to navigate at the start of May, this awkward conversation will likely gain more traction.

It’s also not clear how the rest of the world will view the chance to participate in the Olympics. Japan is far from the only country still battling another COVID-19 wave, and equally important, we could just reach a point at which enough participating athletes aren’t willing to make the trip, in which case the games could still be cancelled.

Beyond that, the Olympic committee will need to drive a clear and effective way of protecting the athletes that do attend. The Olympics always essentially take place in a bubble, but holes are constantly being poked in that protective shield by the attendance of fans.

How many people will they let in? Will fans be banned altogether? Is it worth having the Olympics if they are? What type of partial capacity can they get away with? Do they have the testing infrastructure to test athletes on a daily basis? How will positive tests be handled? What contact tracing will take place?

The list of questions goes on and on. For now, very few, if any of them, can be answered with any reasonable certainty.

Until that changes, the Olympics are not assured of actually happening.