Nadal, implacable against Delbonis on his return to competition

Rafael Nadal's last match dated from February 17: he lost in five sets against Stefanos Tsitsipas in the Australian Open quarter-finals after dominating the first two ... 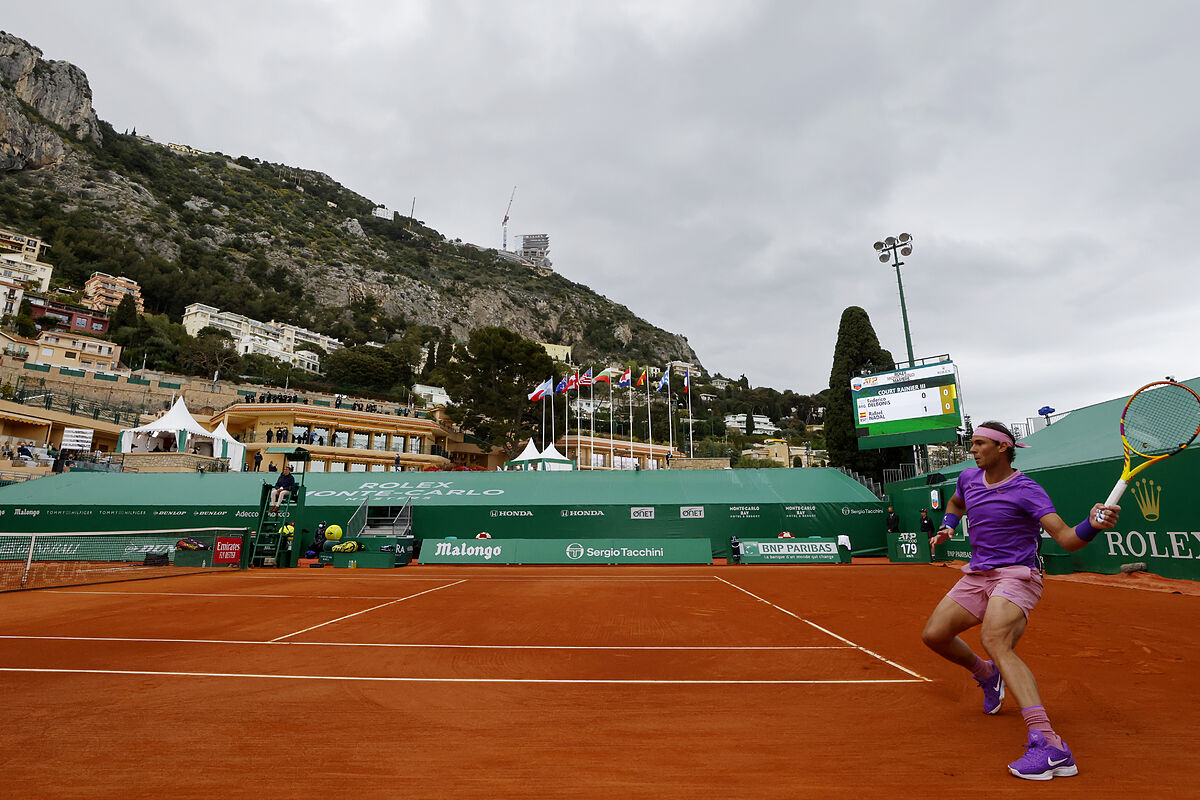 dated from February 17: he lost in five sets against

in the Australian Open quarter-finals after dominating the first two sets.

His last appearance on clay was in the final of Roland Garros, on October 11, 2020, to overwhelm

While most players need to adjust the caliber of the weapon, condition the body to function on clay, Nadal, this year with only five previous games this season due to the back contracture that prevented him from playing any tournaments after Melbourne, you just have to be guided by pure tennis genetics.

It is his natural space, as shown by the 11 titles achieved in this Monte Carlo Masters 1000, to mention only the figure that is close to the stage at hand.

This is how he returned to accredit him against

The left-handed man, 87th in the world, coming from the previous phase, hardly presented any opposition.

Soon it was seen, with two services granted in just over a quarter of an hour, that this time he was not going to even tickle the now number three in the world, as it happened in the four preceding crosses, where he could not even scratch a set .

In the player of Azul they believed they saw in Argentina in his youth a possible candidate to keep alive the country's tradition on clay.

Delbonis had his moment of glory in 2016 when he defeated

in Zagreb at the final point and gave the long-awaited Davis Cup to the Albiceleste, endorsing the great previous work of

Beyond that, his baggage has remained in two small titles and two other endings of the same rank.

Dynamic and ruling with his

, Nadal, who will turn 35 on June 3, was as recognizable as in any of his appearances in the Monegasque tournament.

He let go of the fourth game of the second set, with his service, as the only concession in an almost round match.

Delbonis wanted to react, with a greater point of aggressiveness, but the Spanish responded well to the slightest obstacle of a clean encounter.

awaits him in the second round

Nor did Djokovic fail, who had a demanding opponent to start with.

, a recent finalist in Miami, 6-4 and 6-2, in a return under the same course sequence as Nadal's, given that he has not competed since winning his ninth Australian Open and had not done it on clay since the aforementioned final in Paris.

Tennis "Nadal arrives physically and mentally well, with only one tournament played and little wear and tear"

InterviewAlex Corretja: "I have been privileged, but I have paid a giant toll"