McGregor back in the ring - new meeting with Poirier in July

In January, Conor McGregor was knocked out by American Dustin Poirier. Now they meet in a new big match in the UFC in Las Vegas - in July. 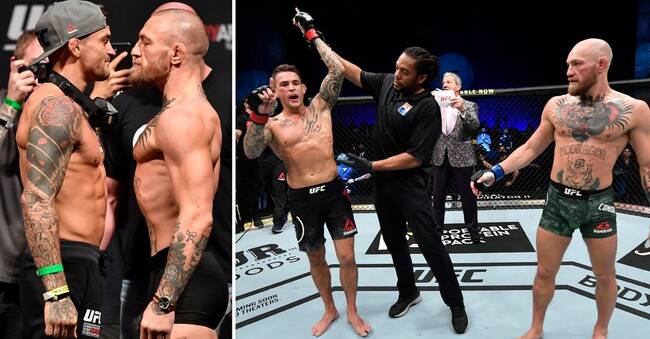 At the match in Abu Dhabi in January, it was the first time in his career that Conor McGregor was knocked out.

The July 10 meeting in Las Vegas will be the third meeting between McGregor and Poirier of all time.

The first time they met was in 2014. That time McGregor won by knockout after only 106 seconds.

But in the last meeting, Poirier got revenge.

Even then, McGregor was aware that there could be more matches already in 2021.

- This will be a tough loss for me to swallow, but as he said it is 1-1 in matches now so we have to do it again, McGregor said in January.

Now it is clear that they will meet again in a little over three months.