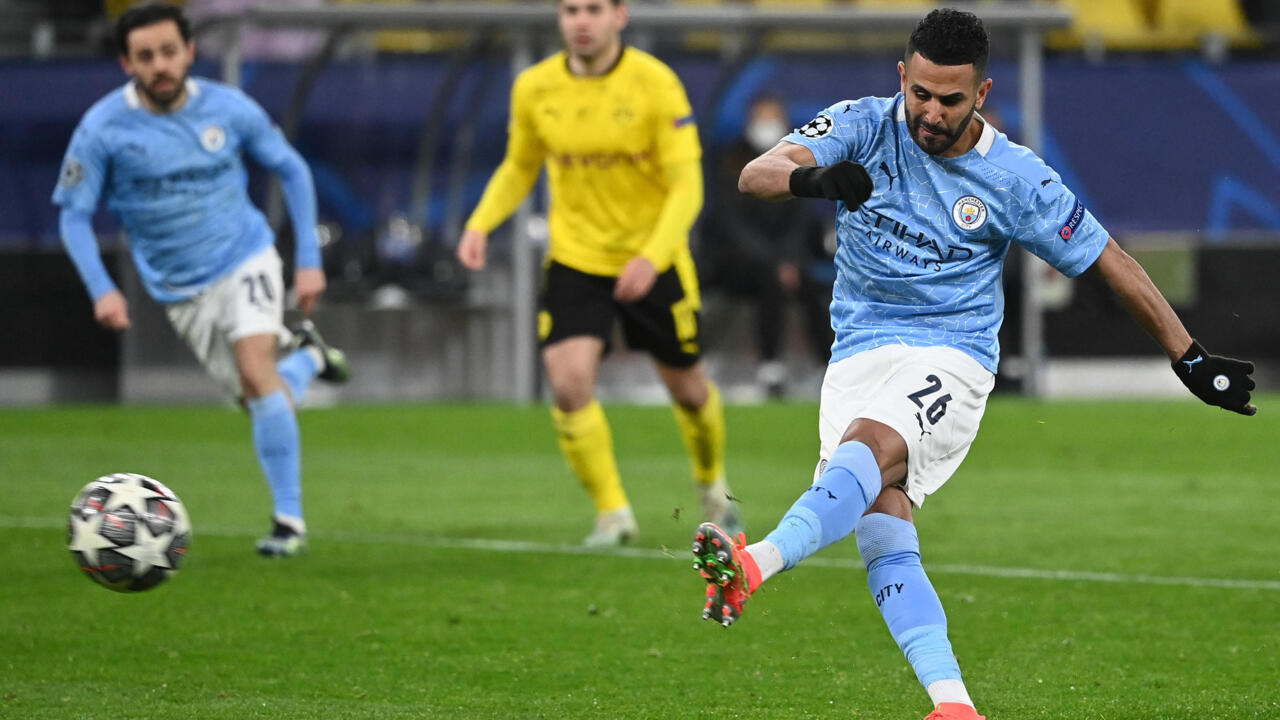 On April 14, 2021, the Citizens eliminated Borussia Dortmund 2-1, while Real resisted Liverpool 0-0 in the quarter-finals.

Paris Saint-Germain (PSG) will therefore face Manchester City in the semi-finals of the European Football Club Cup (Champions League), on April 27 or 28 (first leg) then on May 4 or 5 ( return).

But the English club has suffered for a long time, this April 14, 2021, in the quarter-finals second leg of the Champions League (C1).

Borussia Dortmund, beaten 2-1 in the first leg, indeed played their luck on Wednesday.

The German club opened the scoring with a good sequence from the very young midfielder Jude Bellingham (1-0, 15th).

After the break, a penalty transformed into force by midfielder Riyad Mahrez, however, gives air to his family (1-1, 54th).

Then a dry strike from winger Phil Foden offers a crucial advantage to the Citizens (1-2, 75th).

They enter the last four of the competition for the first time since Pep Guardiola is their coach.

Liverpool could also have reversed the trend, having lost 3-1 in the quarter-final first leg.

But for that, Mohamed Salah would have had to be effective from the start of the match against Real Madrid.

Although they did not score in England, the Spanish club displayed invaluable defensive strength in C1.

Champions League: PSG loses against Bayern but goes to the semi-finals

The big debrief of the C1: PSG and Chelsea qualified for the semi-finals