The excess of runners born in the last years of the last century or the first of the present continues with Thomas Pidcock after his first professional victory at the age of 21 ... 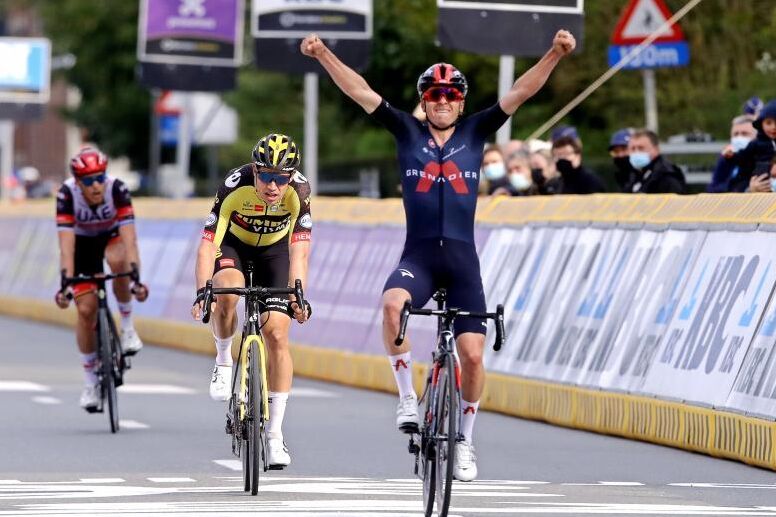 first professional victory at age 21 in the Brabanzona Arrow

against one of the most talented riders in classics, the Belgian

He also managed an off-road speed classic, the Italian

By the way: on Pidcock's cycling license it says that he is a climber, not a sprinter.

On Sunday, the Amstel Gold Race awaits you

We were warned, because the Leeds rider

, where he won the

And this year, first in the WorldTour category, he had been

But yesterday he went beyond expectations: he controlled the race with his team, which

tightened the race 50 km from the end

, beat Van Aert to consolidate a leading trio and also reduced the powerful attack of Trentin, who was looking to arrive alone to the finish line with 27 kilometers to go.

In the end there

, with a platoon approaching them at full speed.

The trio was marked.

Trentin was already melted and Van Aert hoped that Pidock, given his theoretical inferiority and less experience, would rush.

A wild sextet was already approaching

, so the Belgian launched the sprint, the Briton held the attack and

passed him widely 25 meters from the banner

The chasing group was approaching and I was getting nervous

, but I waited. Van Aert started, I went to him and beat him," explained the latest wonder of generation Z.