Chelsea are already waiting for Real Madrid (or Liverpool)

Already the mere fact that Porto had touched him in these quarter-finals, truffled with first European swords, was an undeniable advantage for Chelsea. The first leg, ... 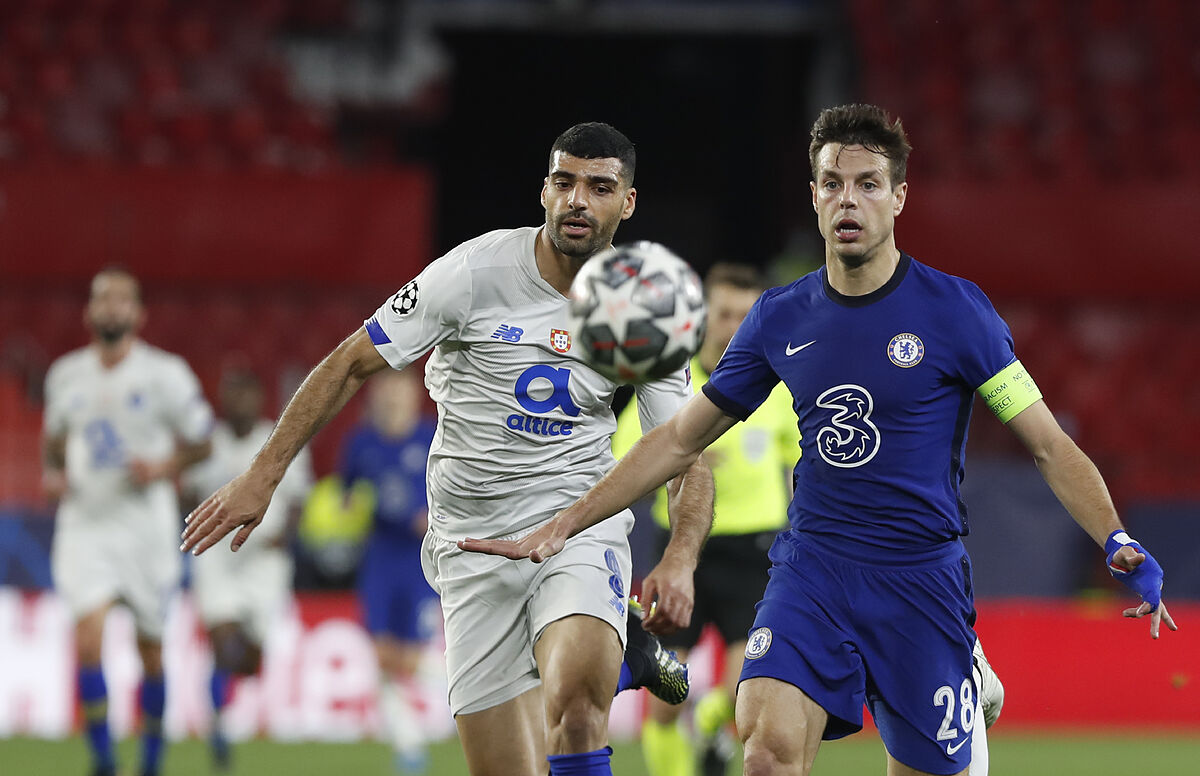 Already the mere fact that Porto had touched him in these quarter-finals, truffled with first European swords, was an undeniable advantage for Chelsea.

The first leg, in which the Portuguese lost 2-0 despite playing a remarkable game, confirmed the feeling that this was going to be the tie with the least chicha.

And the return match, played at the Sánchez Pizjuán in Seville (same scenario as a week ago), simply served to confirm that, as expected, Chelsea will be in the semifinals (0-1).

There he will face the winner of the tie between Real Madrid and Liverpool that will be resolved tonight at Anfield.

Whoever passes, that will be a challenge of much greater scope for the 'blues'.

Porto, which had come this far eliminating Juventus against the odds, tried to reopen the tie by coming out in a whirlwind, both at the start of the match and after the break.

However, Chelsea came out prepared to contain that predictable Portuguese urgency and ensure that almost nothing happened for most of the match.

In fact, it was not until after game time that Porto managed to finish off the goal.

Without doing practically anything of substance in attack throughout the match,

was able to turn the match into a tedious process.

in the discount only served so that the game can be remembered for something.

Porto would be expected to have a whirlwind outing, because if he wanted to score the goals he needed from an opponent as usually solid as Chelsea he had to open the scoring soon.

distributing the game and with

trying to bite the bands, the Conceiçao group jumped to Sánchez Pizjuán to the rhythm of 'rock and roll'.

Their problem was that, of course, the English knew about the movie without having seen it or anyone else telling them about it.

Containment and patience were Tuchel's watchwords and his pupils fulfilled perfectly in those opening minutes.

The storm had more thunder than lightning, because Porto was unable to threaten

In fact, his best chance came from a terrifying pass from the Franco-Senegalese goalkeeper.

, always in the right place (in that he is one of the best midfielders in the world), prevented the thing from reaching greater.

The verticality of Pulisic

Chelsea was gradually gaining meters to the field of play, spurred by the robberies and the outs of the omnipresent

and by the verticality that

gave to the game

every time the ball reached its domain.

But as on the other end of the field,

truly intimidated, thus completing a first half without a single shot on goal.

Neither in one nor in the other.

The script was repeated in the second half, perhaps with a greater offensive presence from Porto, but again without clear chances.

Until discount, the closest thing to an opportunity was a header from Taremi that Mendy caught without too much difficulty.

As the minutes passed, the Portuguese lost faith, energy and ideas against a much more conservative Chelsea than a crowded Stamford Bridge would have allowed.

At least Porto found the consolation prize in

, finishing off a Chilean cross from Nanú.

Just a beautiful farewell to this Champions League that continues for Chelsea.

FútbolY Vinicius exploded: the message of Zidane, his 'older brother' Casemiro and the family as a psychologist

ChampionsThe comeback was only a dream: Atlético also lost in London