Jaycee Carroll, with his 13 points from the last quarter, decided for Real Madrid a power-to-power struggle against Lenovo Tenerife (84-76), which sold his defeat dearly until ... 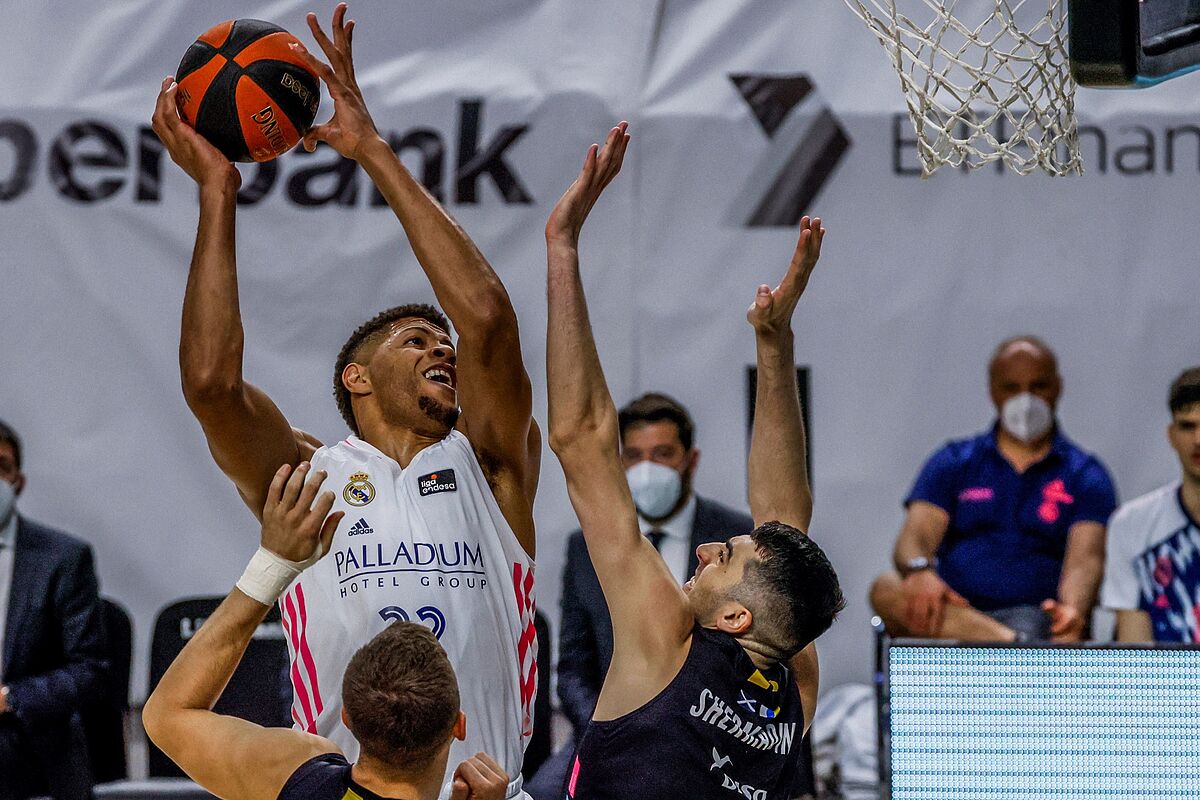 Jaycee Carroll, with his 13 points from the last quarter, decided for Real Madrid a power-to-power struggle against Lenovo Tenerife (84-76), which sold his defeat dearly until the end with a fantastic match by Brazilian Marcelinho Huertas (23 points) and only allowed the fifteenth victory followed by the leader with the explosive final of the American.

The old rockers, who never die, made their guitars sound like the best concert WiZink Center has ever seen in other pre-pandemic times.

Carroll (37 years old) decided in the end a duel that until then had been ruled by Marcelinho (37), the best striker against the white wall supported by Cape Verdean

(15 points and 7 rebounds) and the success of Argentine

for the NBA, could not release his replacement, Frenchman

, registered but almost without training with his new teammates, who watched the game from a side.

Nor did the American Trey Thompkins, not yet recovered from an injury.

Lenovo Tenerife was not behind in casualties, without the American

, and with the American guard

, signed from Olympiacos, also in the band.

Despite this, he sold his skin dearly to break his streak of six consecutive victories in the Endesa League, with bursts of the Georgian

(15 points and 6 rebounds) and a creditable duel of the Bosnian interior Emir Sulejmanovic (12 points and 7 sacks) .

Nobody would say that Real Madrid came tired of Sunday's classic against Barça, because they started the imperial duel in defense with an unapproachable Tavares behind and hit the triple, 3 of 4 in the first five minutes (13-2).

Shermadini broke the Tenerife blackout, with 5 points just off the bench.

"We are watching how they shoot," lamented visiting coach

With the second foul by Tavares, Tenerife could add in attack, but Usman Garuba and Sergio Llull kept the white income (24-16).

With Marcelinho Huertas at the controls and 3-pointers by Sulejmanovic and Sergio Rodríguez, they equalized the duel (26-26, min. 13), and on the third attempt Shermadini put them ahead from the free line.

Carlos Alocén compensated a surprisingly wrong Madrid triple (2/7), but Tenerife did not lose rope and Bruno Fitipaldo put the equality at halftime (38-38).

Tavares emerged from the locker room again, winning the games over Shermadini and with him the white advantage (52-42, min. 25), while Lenovo held on with Huertas' maneuvers despite being fought with the triple, failing 6 in this quarter , including several released, which allowed maintaining local income (59-49) for the final partial.

The team with the most successful triplet in the League could not be considered buried, and

and again the Brazilian

, in exhibition mode (64-65, min. 33), but they responded with the same weapons Garuba and Carroll, who started their decisive display, not only hit from the line but also penetrating and causing fouls to detach slightly (72-68, min. 36).

Huertas continued to row, but another accurate triple by Carroll, a dunk after recovery from Swede Jeff Taylor and free throws from Wyoming (USA) recovered the eight of income (82-76) and left the way clear for the victory of Real Madrid against a Lenovo Tenerife that made him sweat until the end.

ACBCauseur and Carroll sentence Obradoiro in the last quarter

ACB 2020 - 2021Albert Oliver, the amazing case of the player who defies time in Spanish basketball: "When it's over, nothing will be the same"