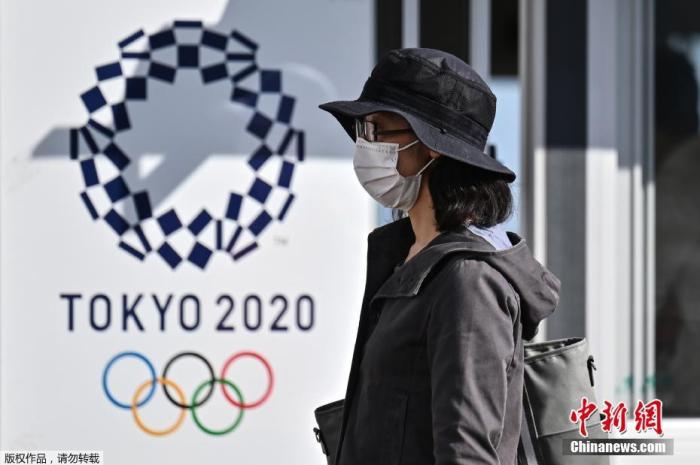 On April 14, the Tokyo Olympics opened on July 23, only 100 days away. The current new crown virus is still raging around the world. Recently, the domestic epidemic in Japan, the host, has rebounded again. The Tokyo Olympics has experienced multiple tribulations such as postponements and scandals. Can it end?

It must be verified by time.

Japan is still intensively preparing for it, but the multiple obstacles caused by the epidemic have made the road forward quite rugged.

In the remaining hundred days, the host, Japan, is even more skeptical.

Data map: A woman walks through the 2020 Tokyo Olympics poster.

One question: Is the Olympic epidemic safe?

Maria van Kokhov, technical director of the WHO's health emergency project, even pointed out that the number of cases is now "exponentially increasing."

At the same time, after Japan expired on March 21 to lift the COVID-19 emergency in the metropolitan area, the epidemic has rebounded strongly. In desperation, Japan has tightened epidemic prevention and control in many places and initiated "key measures such as spreading prevention."

Compared with the previous state of emergency, this move is actually "changing the soup without changing the medicine". It is centered on shortening the evening business hours of restaurants, and has limited coercive force, and the restraining effect is not obvious.

As for the vaccination that Japanese Prime Minister Yoshihide Suga regarded as "determining the prevention of the epidemic," as of April 9, only 1.1 million people in Japan had received at least one dose of the new crown vaccine, all of them were medical staff, but they did not reach the whole country. A quarter of the medical staff, accounting for 0.87% of the total population of Japan.

Starting on the 12th, Japan has vaccinated the second batch of vaccinated people over 65 years of age.

This group of people accounts for about 29% of Japan's total population.

Let's look at the epidemic prevention measures formulated by Japan during the Olympics.

Under the current conditions, the guidance is considered to be more comprehensive, but the new coronavirus has the characteristics of long incubation period, rapid mutation, infectivity and strong concealment. These epidemic prevention measures are obviously far from enough. If there is one in a hundred secrets, there will be collective infection. risks of.

Based on comprehensive considerations, Japan is facing "internal and external troubles" for the Olympic epidemic prevention. Can the Tokyo Olympics be "safe and secure" as promised by Japan?

This must be the primary concern of everyone.

Double doubt: Can the original Olympic aspirations stand the test?

The Olympic Games is a sporting event for the ancient Greeks, and many competitions are derived from ancient Greek culture.

Coubertin said: "The reason why the ancient Greeks organized competitions was not only to exercise their physique and show a cheap spectacle, but also to educate people."

After a century of historical changes, the modern Olympic Movement has always conveyed the same spirit and theme to the world, that is, under the banner of co-creation, common sharing, equality and friendship, to show the best emotions of mankind.

At the closing ceremony of the 2016 Rio Olympics, the performance of "Tokyo Olympics in 8 Minutes" was impressive. At the Maracanã Stadium, the actors presented a huge Japanese flag and wrote "thank you" in various languages. Typeface.

Afterwards, a promotional video for the Tokyo Olympics was played on the spot, showing the ingenious integration of Eastern culture and Olympic spirit.

On April 13, the Japanese government unilaterally decided to discharge the nuclear sewage from the Fukushima Daiichi Nuclear Power Plant into the sea despite the strong opposition of the domestic people and the international community. This is undoubtedly an extremely irresponsible practice and will seriously harm the international public. Health and safety and the vital interests of people in neighboring countries.

This decision was immediately criticized by the international community.

The Japanese government intends to make the Tokyo Olympics a "Revival Olympics" and hopes to take the opportunity of the Olympics to show the world the revival of Fukushima that has suffered from a major earthquake and nuclear leakage. For this reason, the first stop of the Olympic torch relay is also located in Fukushima.

But shortly after the Olympic flame left Fukushima, is the Japanese government's decision to "discharge pollutants into the sea" really worrying about Fukushima?

Many residents of Fukushima believe that, as a result, Fukushima's efforts to restore its reputation over the years will be in vain.

"Shuntian responds to people" is the traditional wisdom in Eastern culture, which means respecting nature and conforming to people's hearts.

As the main venue of the Tokyo Olympics, the National Stadium is designed to integrate the green landscape of the Meiji Jingu Outer Garden to create a green "Forest Stadium".

Approximately 47,000 plants are planted around the venue. The building itself uses wood from 47 prefectures in Japan, which reflects the simple values ​​of symbiosis and co-prosperity with nature in Japanese and Oriental culture, and is also in harmony with the Olympic spirit of harmony and tolerance. Fit together.

But the interpretation of the concept should not use the Olympics as a "show venue", nor should it stop at the Olympics.

In appearance, we must be sincere in the middle.