The Jönköping team's turn to win 2-1

For the sixth match in a row, it was 2-1 between Brynäs and HV71. The Jönköping team was whipped to win and then one of the team's biggest stars stepped forward. - Great match and victory, says the match winner, Anton Wedin. 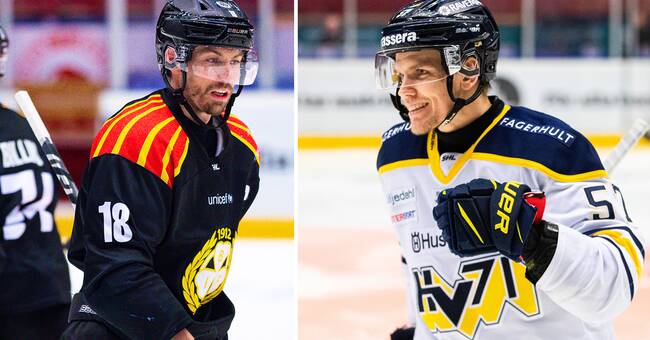 Brynäs or HV71 will play in the hockey allsvenskan next season and leave the SHL.

The first two matches have gone to Gävlelaget and HV71 needed to win so as not to have to line up four straight victories to keep the hockey allsvenska everyday life away.

This was the most well-played match so far despite the cloud of anxiety that lies close over this match series.

Emil Molin has been a guide for Brynäs and he scored his third goal in three games when he gave the home team the lead.

But HV71 would turn around.

Shortly after Brynäs' lead goal, Fredrik Forsberg was able to deliciously and coolly round the goalkeeper from the left in a change and put in the equalizer, before Anton Wedin stepped forward in powerplay in the third.

The HV star got the puck from Jordan Murray and found the net until 2-1.

It was then exciting towards the end, but we who have followed the clashes between these teams lately already knew what to expect.

This was the sixth match in a row that ended just that between these teams.

It is even and tight but today we felt that we were a little stronger and it was really nice, Wedin says to C More after the victory and continues:

- I challenge more and move more on my feet than the previous matches.

It's been a little too bad before.

I have put higher pressure on myself and we make a better match the whole team.

We have a really good chance to level this match series at home and we will take it.

Match four in this match series can be followed from Jönköping on Thursday.