He is Malmö's new "number nine"

Malmö FF against Hammarby is on the Allsvenskan premiere menu and Malmö's new "number nine" has prepared for one or more goals by mapping Hammarby. - As for Hammarby, it is a secret as far as I know, the striker laughs. 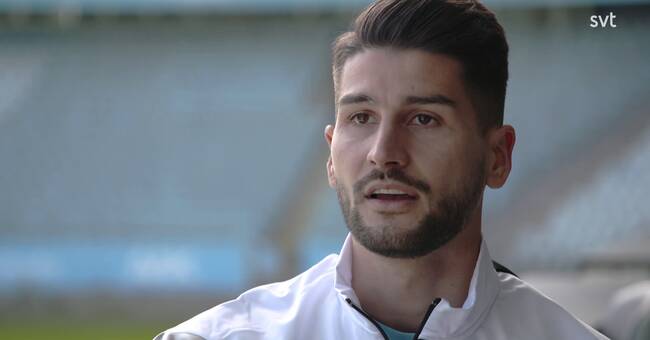 When Markus Rosenberg put his shoes on the shelf, number nine was taken over by Guillermo Molin who left the club at the end of last season.

Then it took its time, but in the end, Malmö's sports director Daniel Andersson recruited a new striker, albeit only on loan over the season.

When Antonio Colak was going to choose the shirt, he saw that number nine was free and equal in front of the goal, he did not hesitate.

- When I was a child, I always wanted to wear number nine, so when I saw that it was free, I was happy as a small child, Colak says to SVT Sport.

One hundred percent from the penalty spot

He describes his entire playing style as a typical number nine.

He wants to be in the box and score goals and many goals have been scored.

A bonus for the champion team Malmö FF is that he has been one hundred percent from the penalty spot for the past five years, which you really can not say about MFF.

- Yes, penalties are important to set.

I think it's about self-confidence but of course you have to train but, yes you have to be sure to score goals.

When Sweden met Croatia in November, he sat on the bench.

He is of course eager to play the European Championships for his national team this summer, but knows that it takes a lot to get into the team that took a World Cup silver.

- If I stay healthy and succeed, I can be there again because I am on their radar and the coach already knows me and my qualities.

Of course, it is a goal to take me to the European Championships, but I know what I have to do.

Lots of goals in Malmö?