Farewell to the season for Lucas Vázquez, with a ligament injury in his left knee

Lucas Vázquez was injured on Saturday in Valdebebas in an action against Sergio Busquets and Real Madrid's medical tests have confirmed that he suffers a ligament sprain ... 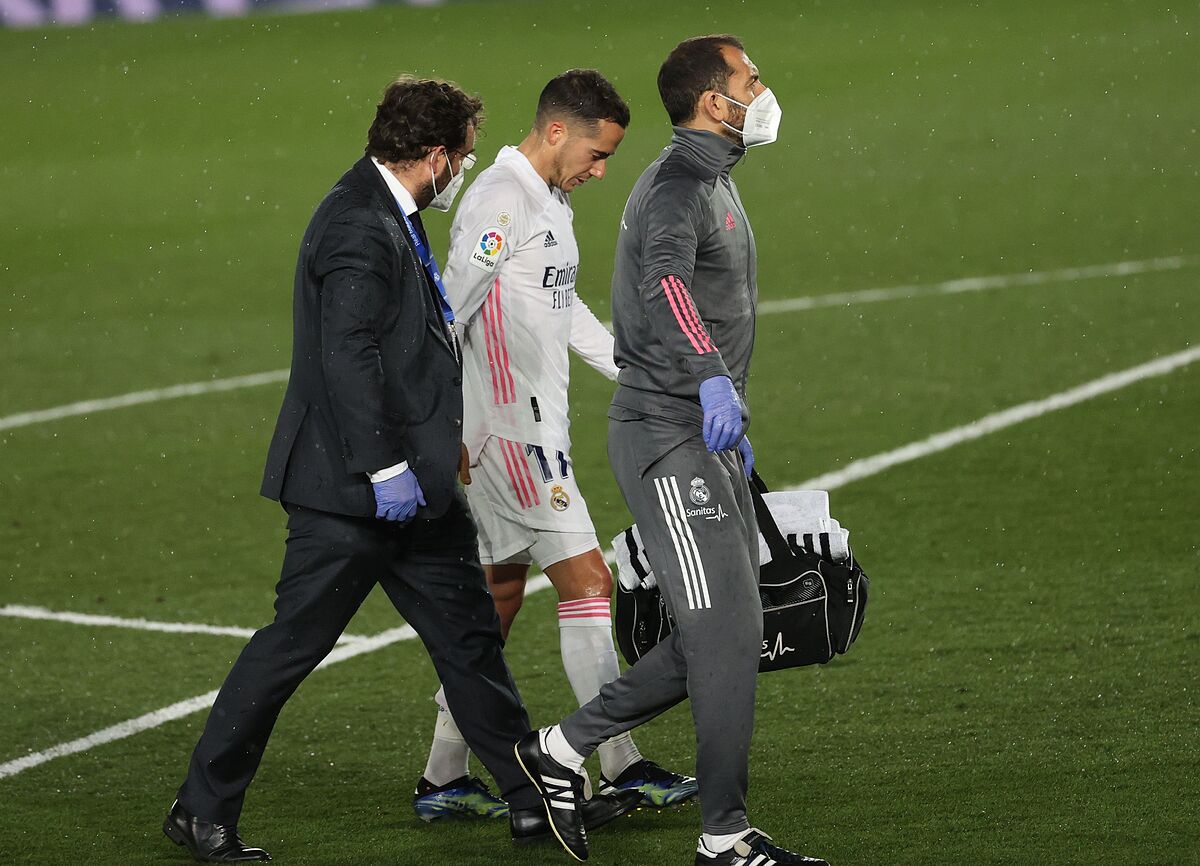 was injured on Saturday in Valdebebas in an action against

and Real Madrid's medical tests have confirmed that he suffers a posterior cruciate ligament sprain in his left knee.

This injury marks the end of the season for the Galician, fixed in the plans of

The misfortune was primed with the squad after the aforementioned clash against the second captain of Barcelona, ​​when both fought at grass level for a divided ball.

Immediately, Zidane had to replace his right back with

The absence of Vázquez for the remainder of the year represents a setback at Real Madrid, where in the last three months he had established himself as the most reliable replacement for

Although at the end of 2019 he already missed nine games due to a broken finger, this knee sprain is his most serious injury as a white player.

An abrupt end for the brave footballer from A Coruña, who has yet to resolve his future at Madrid, given that his contract expires on June 30.

, who on Saturday also left the Valdebebas grass with a strong blow to the sole of his right foot.

In the absence of more evidence, the Uruguayan midfielder is doubtful for the quarter-final return of the Champions League, which takes place on Wednesday in Liverpool.