The five curiosities that make Augusta a different tournament

It is not a tournament for euphoria Augusta National is the most special and restrictive setting; You can not run, or use your mobile phone (it does not matter if you are public, ... 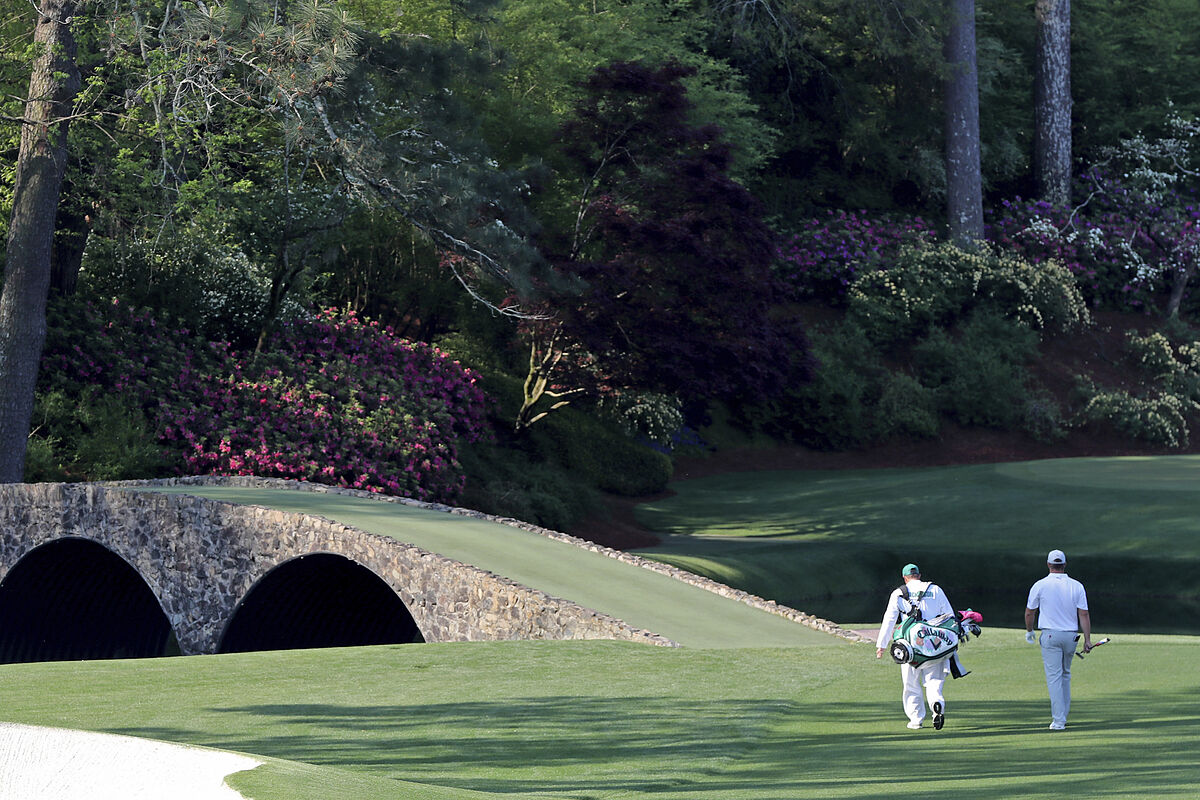 It is not a tournament for euphoria

is the most special and restrictive setting;

You can not run, or use a mobile phone (it does not matter if you are a public, press or player), the display of symbols or flags is not allowed, you must keep a decorum in your clothing, for example you can not wear the cap to the reverse.

Comments or bad words are not allowed either.

Augusta National security employees have become a kind of censors of order and good taste and as it has become known they even have a list of forbidden words that should not be heard in the field.

In the event that a patron (in Augusta the spectators are patrons) a scream escapes in the hole, he will be immediately expelled from the field.

It's not love at first sight

Although the aesthetics of the place are unsurpassed, for players who face the field for the first time, the beginning of this relationship is not always positive.

He did not like the field and declared so in 2009 even threatening not to return.

Fortunately, he never kept his promise.

He was not the only one;

at the peak of his career was three years without appearing.

Although he defined it as the eighth wonder of the world, a tournament that he would never miss on television.

It is a great headquarters, but not a great field, he said.

It wasn't a place for blacks

Clifort Roberts, founder of the tournament,

was very clear about the spirit of this course settled in the heart of the deepest and most southern America: "As long as I live, all golfers will be white and caddies will be black," he went on to say.

Fortunately, over time, the mentality changed: in 1959 the obligation of colored caddies was removed from the statutes, in 1975

became the first black golfer to play the Masters, and in 1990 black members were allowed to be admitted.

A black player won with a white caddy.

In this year's edition, Lee Elder will be in charge of executing the opening blow along with Jack Nicklaus and Gary Player.

It is not a place for criticism

The Masters also has a distant relationship with the press;

several journalists were vetoed and invited to return their accreditation for comments that the Augusta principals deemed inappropriate.

, one of the last who said goodbye to the Masters by commenting that the hardness and speed of the

was such that they seemed mowed with depilatory cream from English.

They did not catch his sense of humor and since then he has not returned to the tournament.

One of the most popular traditions is the Champions Dinner, which the winner of the previous year offers to all green jacket champions every Tuesday of the tournament.

made lobster rice universal in 2018.

In the ranking of best dinners appears that of

in 1991, an Asian menu based on Thai food that delighted everyone present and is still remembered among champions.

Among the least popular in the history of tradition, Tiger Woods' cheeseburger, potatoes and ice cream in 1998 or

and the traditional Haggis (lamb or sheep roasts that include lung, stomach, liver and heart).

Imagine the reaction of some American champions.