Everything goes wrong for Athletic

After losing the Cup final playing a terrible game against the eternal rival and for a rude penalty, Athletic let the victory slip at the last minute at the home of that ... 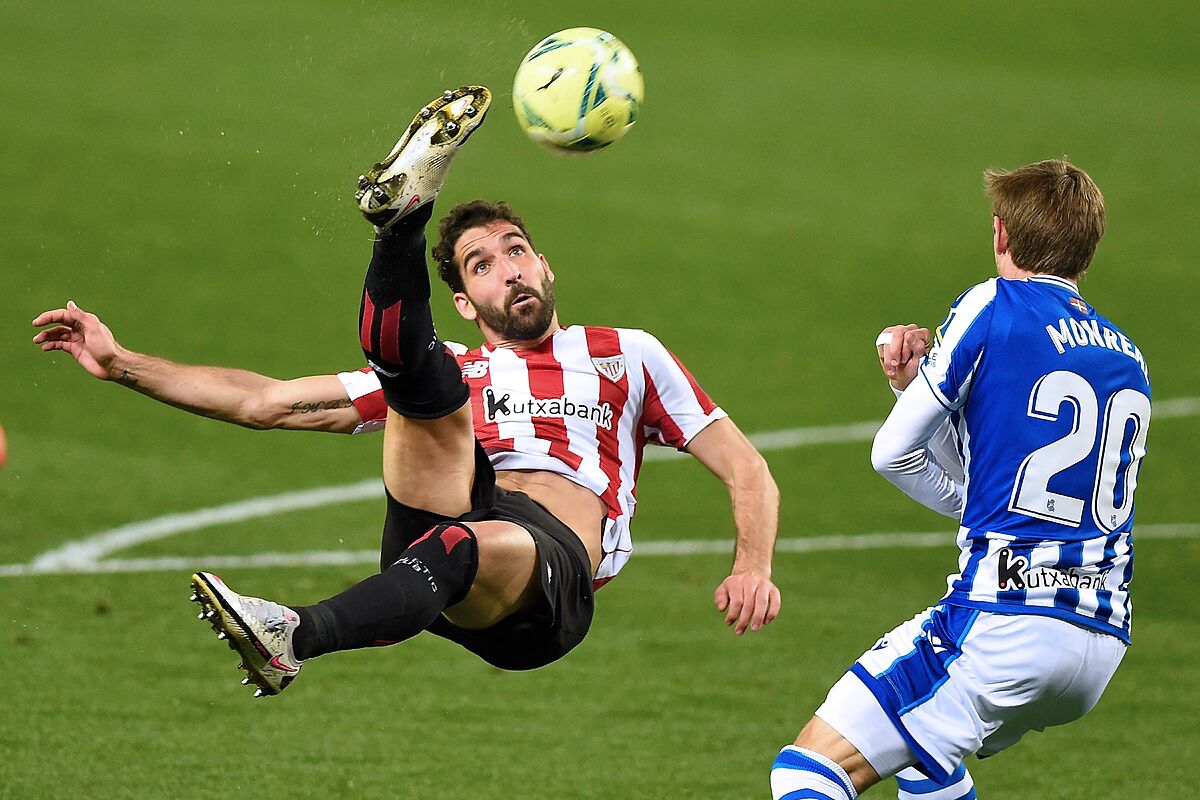 After losing the Cup final with a terrible game against the eternal rival and a rude penalty, Athletic let the victory slip at the last minute at the home of that same opponent due to an equally rude mistake by their goalkeeper.

Nothing goes right to the rojiblanco team, although nobody can blame it more than himself.

In Anoeta, he had victory in hand and let it escape, further punishing his battered morale and causing Real Sociedad to see the point as a good harvest in their fight to repeat in Europe next year.

Never has a Basque derby been so pointless.

Who was interested in this match, when one was still waving the cup confetti and the other was keeping the wound of defeat open as much as possible?

But the game had to be played, calendar demands, if only for the show.

Well, the truth is that there was little show.

Everything was concentrated in the final five minutes, in which Villalibre and Roberto López scored the two goals of the match, which was as bad as the duels between Real and Athletic are used to lately, including the final on Saturday.

The one who got the worst feeling from the tie, written remains, was Athletic, despite playing in Anoeta, among other things because with Villalibre's initial goal he thought he was the winner and he was not.

With the same eleven as in La Cartuja, the duel was to serve as a redemption for Marcelino's men, but it only deepened their doubts and frustration.

For the people of Bilbao, however, the worst were the muscular injuries of Yeray and Yuri, just 10 days before the final of this year's Cup against Barcelona.

Yet another factor of concern.

Much less worried about what happened to a Royal Society that received a tribute from its rival in the form of a corridor prior to the game.

The Alguacil team faced the game with the sensitive losses due to injury from Silva, Merino and Illarramendi and with a change of drawing to adjust the available pieces and allow the rest of other important players.

It was far from making a good game, but it was understandable with so much swap.

The final draw, however, could not be considered unfair at all.

And it is that neither of the two teams made excessive merits to take the jackpot.

Athletic added some approaches in the first half hour, but all of them lacking the necessary edge to intimidate Remiro.

Both Raúl García and Muniain, two key players in this team, are performing at a very low level and Athletic's offensive game suffers greatly until it becomes too predictable.

Nor did Real seem like a dangerous team, always uncomfortable with Imanol's commitment to playing with two pure forwards.

The bet neither improved Isak nor gave Carlos Fernández options to prove his worth.

That's where the rojiblancos' goal arrived, just when Real was lurking the most thanks to the combinations of Portu and Januzaj.

A Berenguer center was hunted by Villalibre in the small area, before Remiro's passivity.

The youth squad thus claims more minutes and even ownership in the Cup final next week.

Athletic's goal came in the 85th minute and gave the feeling that it was going to be the only and final game in the game.

But the Real refused to leave empty and pressed until the end.

The award was found thanks to a center-kick from the youth squad Roberto López.

The shipment was poisoning and Simón, who did not know whether to block, clear or look, ended up swallowing it, eradicating all the confidence that Athletic had gained until then.

It is clear that right now everything is going backwards for Marcelino's team.

Copa del Rey 2020Villalibre: "The potholes have strengthened me"

LaLigaAtletico suffers to go back to sleep on a mattress