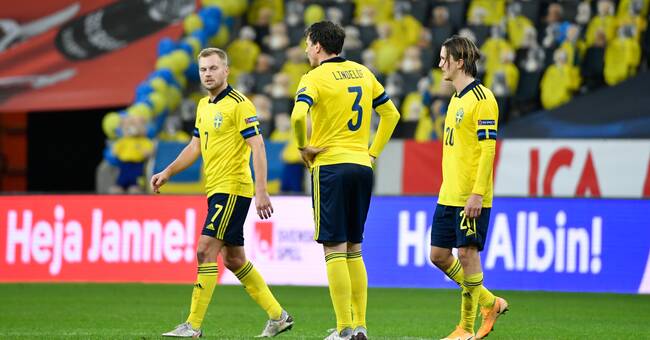 On Wednesday, Uefa set a time limit for the twelve European Championship host cities to present whether it is possible to bring in an audience at the matches in this summer's championship.

It has now been extended.

The cities that can not guarantee an audience in the arenas risk getting rid of the European Championship hosts - if Uefa sticks to requirements that many believe can not be set.

The announcement from the Irish Football Association is ominous for Dublin as the host city - and for the Swedish national team which has planned to have its base outside the city and is scheduled to play against both Slovakia and Poland at Aviva Stadium.

Can not provide guarantees

"The Irish Football Association has today, following advice from the government, informed Uefa that during the current covid-19 pandemic, we cannot at this stage offer guarantees regarding minimum levels regarding the number of spectators for the matches to be played in Dublin in June." , the union wrote in a statement according to Reuters.

Positive news - at least according to Uefa - came on Wednesday from Bilbao, Sweden's premiere arena, and from Amsterdam.

There, the arenas can be opened and filled with 25 percent of the capacity, writes Reuters.

But according to a statement from the Spanish Football Association on Wednesday night, it will be impossible to let an audience into Bilbao already in June.

How it all ends remains to be seen, but there is a risk that Sweden will have to play its group games in cities other than Bilbao and Dublin.

The United Kingdom has offered to play more matches in Glasgow and London if Uefa chooses to take away some designated host cities.

On April 19, the UEFA Executive Committee will meet and on April 20, the idea is to make a final decision on the European Championship's host cities and audience.

The European Championships are played between 11 June and 11 July.