The heavyweight meeting in the Champions League quarter-final game has got off to an interesting start. Three goals in 37 minutes where PSG first went up to a 2-0 lead before Bayern Munich reduced. 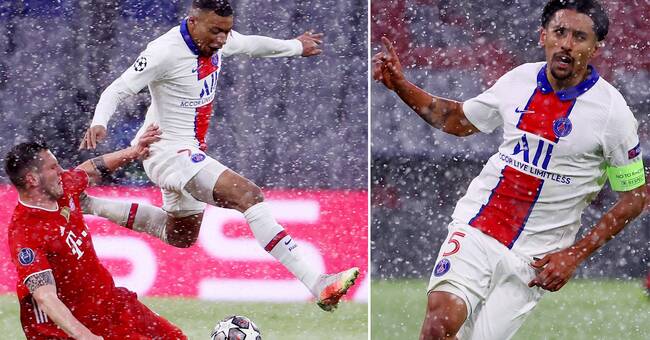 A German giant against a Frenchman.

That is what will happen in one of the Champions League quarter-finals when Paris Saint-Germain and Bayern Munich meet.

In the first meeting played in Germany, Kylian Mbappé only needed a couple of minutes before he had scored the important away goal for the French.

At the top plays instead the Cameroonian striker, Maxim Choupo-Moting.

After half an hour, Bayern had seven finishes against goal, PSG two.

But the French had also gone

goal and it was defender Marquinhos who increased to 2-0 after 28 minutes played.

He took two minutes later against a groin and was forced to change and Ander Herrera came in.

But after the shock opening came an important reduction for the home team.

Just mentioned Choupo-Moting does what he can to fill Lewadowski's attacking shoes and was the one who reduced.