Amanda Zahui back in the national team

In mid-June, the European Basketball Championship kicks off. Now the national team captain Marco Crespi has selected 24 players who could be relevant in the championship. 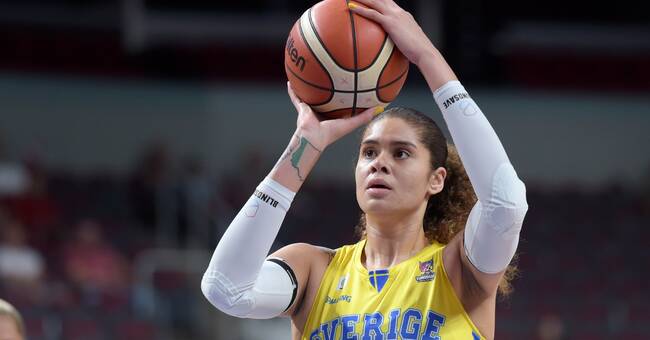 Sweden won its qualifying group, and was drawn against the reigning champions Spain, among other things.

But in the same group, the Swedes will face Belarus and Slovenia.

And before the championship Marco Crespi took out 24 players.

In addition to veteran players such as Kalis Loyd, Louice Halvarsson and sisters Frida and Elin Eldebrink, Crespi has invested in the younger generation.

The squad has four players who have not yet made their debut.

Of which three play at college level across the Atlantic.

Despite this, the association expects the veterans to carry Sweden to another tournament.

Zahui back in the squad

Swedish basketball star Amanda Zahui missed the European Championship qualifier in November due to an injury to her foot.

But after two months of treatment and rehabilitation in the US, she is now back in the Swedish squad.