Barça's social networks heat up the classic 'a la Laporta'

The victory at the last minute against Valladolid has unleashed euphoria at Barça. Above all, with the classic already around the corner. The team that coaches Ronald Koeman ... 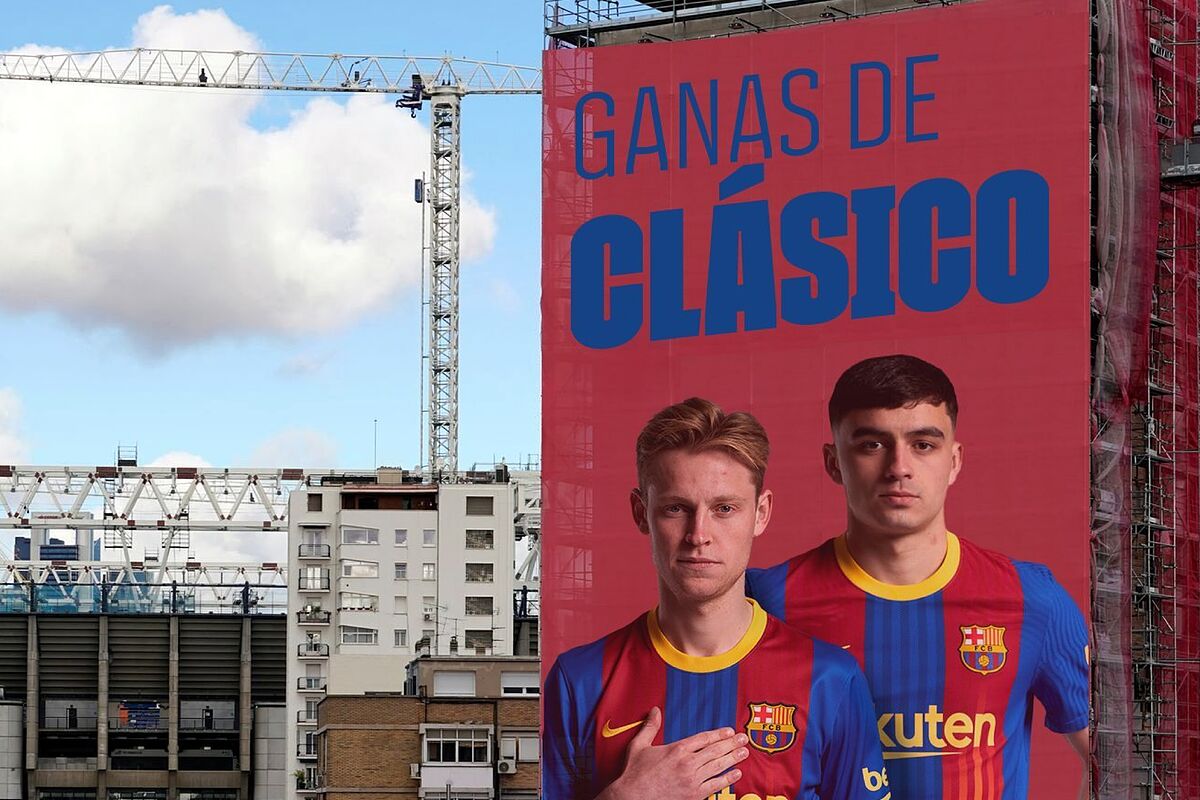 The victory at the last minute against Valladolid has unleashed euphoria at Barça.

Above all, with the classic already around the corner.

The team that Ronald Koeman coaches has been in the league for 19 days without losing and the possibility of striking a new blow on the table next Saturday in Valdebebas is already cherished as something very real.

For this reason, it is not at all strange that the official social networks of the Barcelona entity have chosen to warm up the game a little more with a montage 'a la Laporta'.

Barça's official Twitter accounts have broadcast a montage in which the famous banner that Joan Laporta hung near the Bernabéu with the message 'You want to see you again' has been replaced by an image of Pedri and De Jong, wearing the shirt special that the Catalans will wear in the match and a message in three languages, depending on how the account is accessed in English (Cant 'wait for El Clásico), Catalan (Ganes de Clàssic) or Spanish (Ganas de Clàsico).

In this special kit that the Barcelona team will wear against Real Madrid, the red stripes gradually transform into a 'senyera' while the blue stripe, with fine lines of different shades, intends to repeat that same effect.

In the Barça imagination, perhaps, the defeat by 1-3 is still very present, with many protests from Koeman for the penalty indicated on Sergio Ramos, who conceded Barça at the Camp Nou in the first round.

Ansu Fati was in charge of equalizing Federico Valverde's initial goal, but the Madrid captain and Luka Modric, in the second half, sealed the triumph of the team trained by Zinedine Zidane.