Färjestad won the first round against Malmö

Färjestad took home the first round of 16 in the best of three. The Karlstad team won 3-1 after connecting an early grip on the match and decided in an empty net. 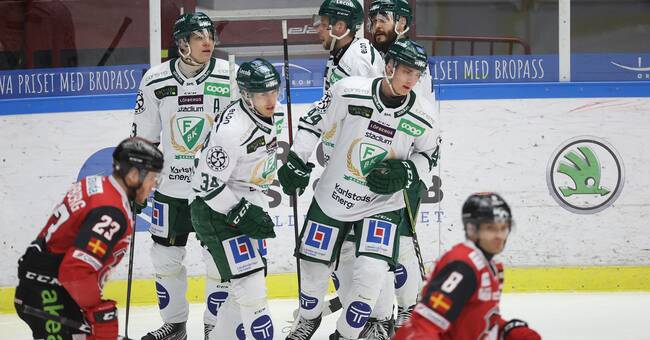 The match was just three minutes old when Jacob Peterson started the scoring in game five against three.

After Oscar Alsenfelt saved the first return at one post, the puck bounced FBK's way and Peterson was able to shave 1-0 at the other.

Now two match balls are waiting at home in Karlstad for FBK.

The first will be on Wednesday.