MotoGP: first French double in history in Doha, Quartararo wins ahead of Zarco

For the first time since 1954, two Habs climbed a MotoGP podium this Sunday in Doha, Qatar. Yamaha rider Fabio Quartararo won the Grand Prix, while his compatriot Johann Zarco (Ducati-Pramac) took second place in the race. 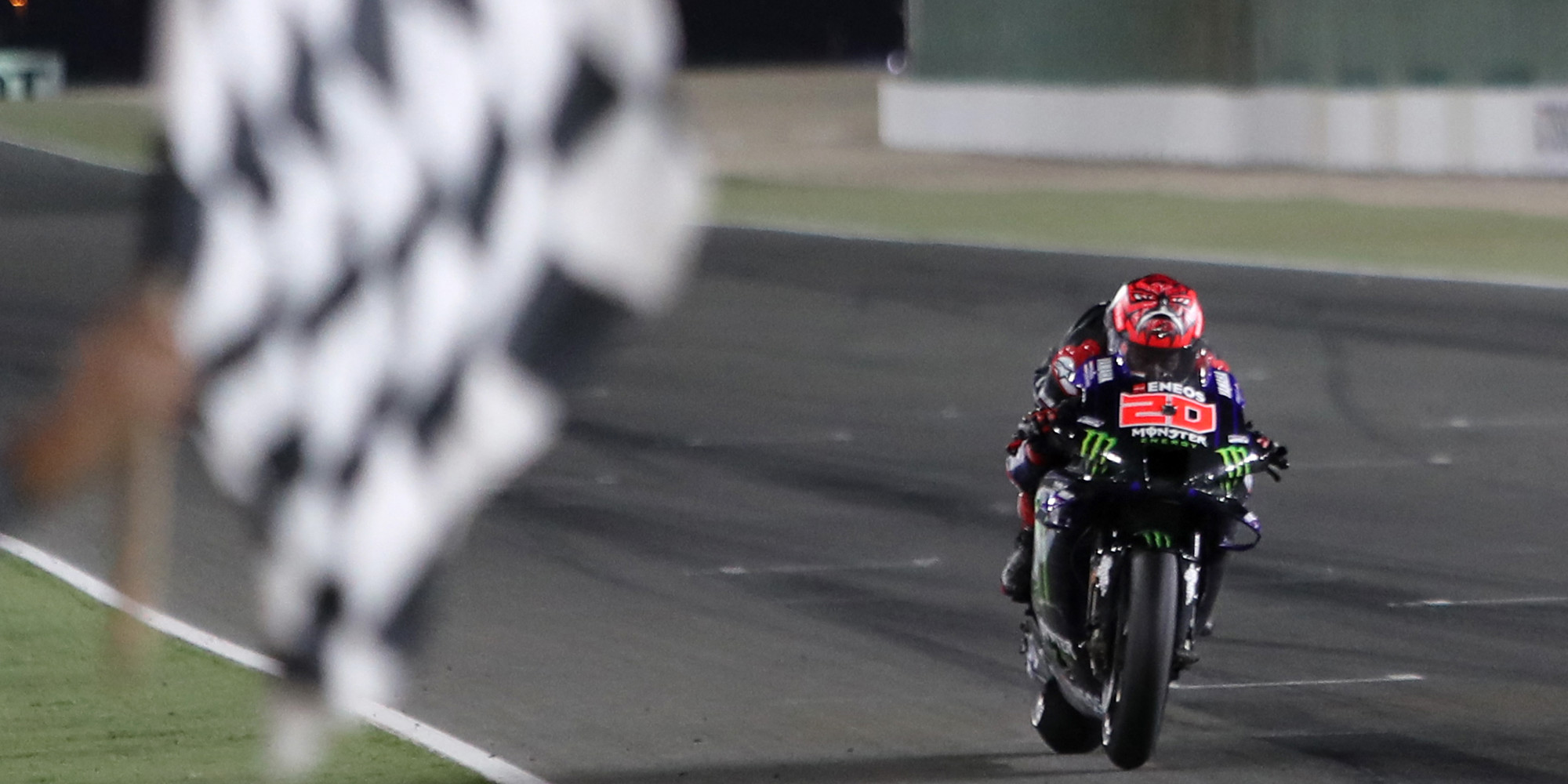 For the first time since 1954, two Habs climbed a MotoGP podium this Sunday in Doha, Qatar.

Fabio Quartararo (Yamaha) won the Doha (Qatar) Grand Prix, second round of the MotoGP season, ahead of Johann Zarco (Ducati-Pramac) on Sunday.

Spanish rookie Jorge Martin (Ducati-Pramac), who had taken pole position, completed the podium, his first in the top flight for only his second race, on the Losail circuit.

To find two Tricolores on a podium in the premier category before them, you have to go back to ... 1954 in France, in Reims, for the victory of Pierre Monneret ahead of Jacques Collot, 3rd.

The icing on the cake, even if it remains anecdotal so early in the season, Zarco now leads the drivers' standings with 40 points, four lengths ahead of Quartararo, 2nd.

For the two French people, it is also the second race with their new teams, integrated during the winter.

Note the once again disappointing performances of the Italians of Yamaha-SRT, the reigning vice-champion Franco Morbidelli (12th) and the legend Valentino Rossi (16th after having achieved the worst qualifying of his career in GP, ​​finished 21st and before last).

As a reminder, the Spaniard Marc Marquez (Honda), who is still treating a fractured right arm suffered last summer, is forfeited at least for the first two races of the season.

After a month in Qatar since pre-season testing, MotoGP will now return to Europe, starting with Portimao (Portugal) from April 16 to 18.