Ronald Koeman, coach of Barcelona's Spanish soccer team, does not intend to rest Lionel Messi and Frenkie de Jong before facing Real Madrid in the Clásico, although the players are within one warning to be suspended and absent from the match. 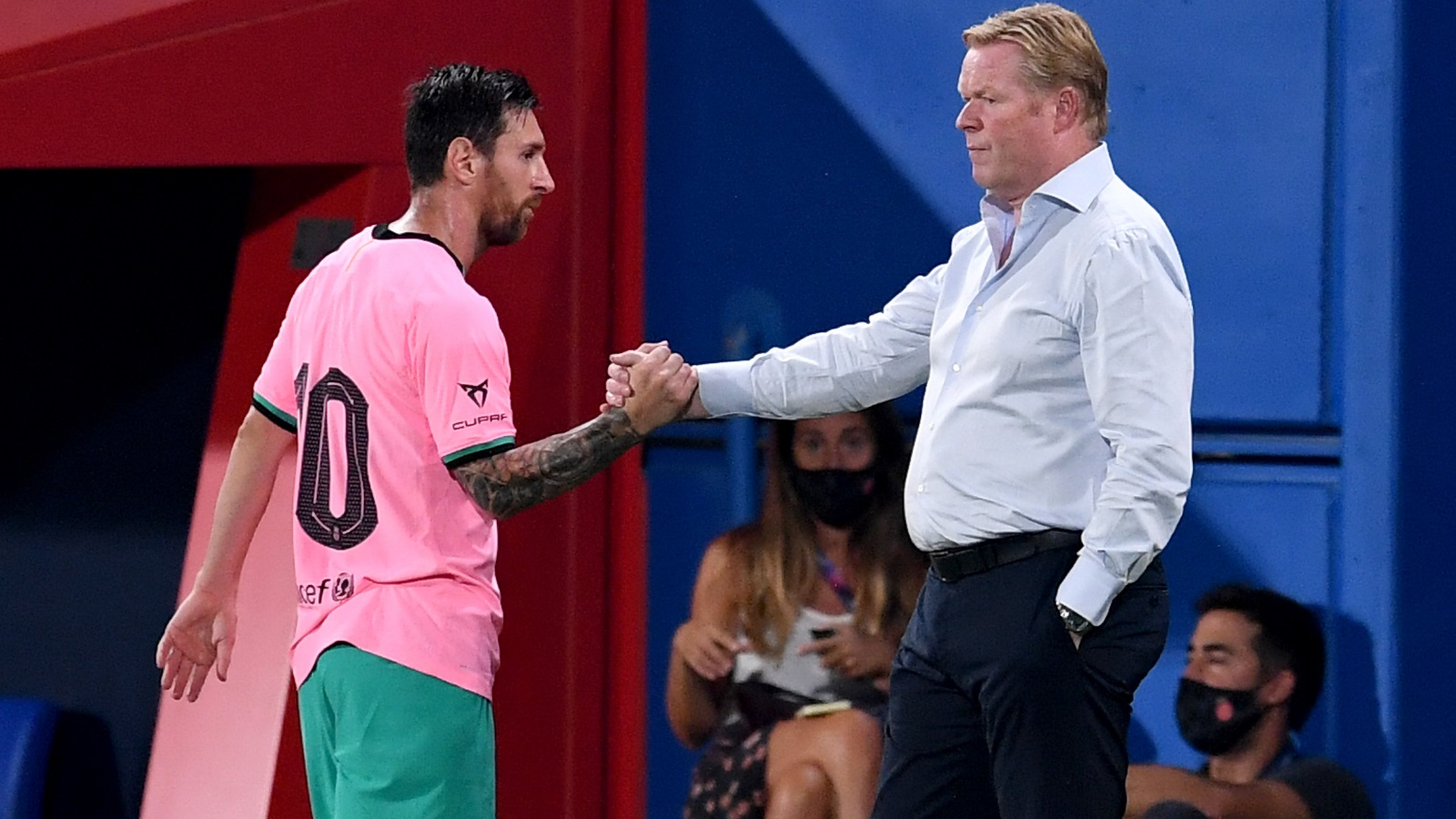 Ronald Koeman, coach of Barcelona's Spanish soccer team, does not intend to rest Lionel Messi and Frenkie de Jong before facing Real Madrid in the Clásico, although the players are one warning away from being suspended or absent from the match.

Barcelona has not lost its last 18 league matches, and seeks to increase this number when it hosts Valladolid at Camp Nou on Monday.

The duo Messi and de Jong will participate in the match, during which Barcelona seeks to continue its pressure on Atletico Madrid, who top the table by four points behind Barcelona, ​​before facing Seville later in the day.

But the two players risk being suspended from next Saturday's game against Real Madrid, as they have each received a yellow card four times already this season.

Although the players may miss the Real Madrid match, Koeman is ready to risk the duo Messi and de Jong's match against Valladolid.

"We know that the two players are far away from a yellow card to miss El Clasico, but it is not the time to rest due to warnings or to regain their vitality," Koeman said at a press conference held on Sunday to talk about the Valladolid match.

"Ten matches remain until the end of the league. There is always a risk, but the best thing is to put together the squad that I think can win," he added.

Messi scored 23 goals in the league in 2021 - scoring 16 goals and passing seven assists - a higher rate than any player in the five major European leagues, and Messi also contributed eight goals directly in his last four league matches against Valladolid - where he scored Four goals and four assists.