Press reports revealed today, Sunday, that the Saudi club Al-Nasr is seeking to put the name of Moroccan Noureddine Amrabet in its Asian list as a substitute for Argentine Betty Martinez, who will be absent for a long time due to injury. M 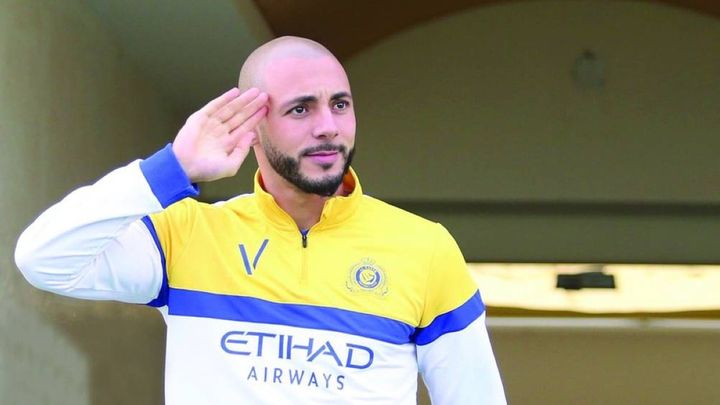 Press reports revealed today, Sunday, that the Saudi club Al-Nasr is seeking to put the name of Moroccan Noureddine Amrabat in its Asian list as a substitute for Argentine Betty Martinez, who will be absent for a long time due to injury.

According to what was reported by Asharq Al-Awsat newspaper, today, Sunday: “It was confirmed that Martinez was absent from the group stage in the AFC Champions League, after the MRI scans that he underwent confirmed that he suffers from an extension of the posterior tendon of the knee, and he needs treatment and rehabilitation for a period ranging between 5 weeks to 6 weeks. "

She explained that it is expected that Martinez will be replaced in the Asian team’s list by Moroccan Noureddine Amrabat, along with Jones, Praise be to God and Petros.

Each team participating in the AFC Champions League is entitled to include 4 foreign players on the team's list, according to the rules of the AFC.

The player had asked the administration to travel to his country, to check on his injury, according to Al-Riyadiah newspaper.

Saudi Arabia hosts the first and fourth group competitions in Riyadh, with the third group matches to be held in Jeddah, and the second group matches in the UAE city of Sharjah.

Al-Nasr will host, in its fourth group, the Qatari Al-Sadd, the Jordanian units and the winner of the match (Iranian Foolad Khuzestan and Al-Ain Al-Emirati)

While the first group includes Al-Hilal of Saudi Arabia, Shabab Al-Ahly of the United Arab Emirates, the winner of the Qatari Al-Gharafa match, Ajmak from Uzbekistan, and the Tajik Esteghlal Dushanbe.

The city of Jeddah will host the third group matches, which include Al-Ahly of Saudi Arabia, Al-Duhail of Qatar, Iraqi Police, and Istiqlal Tehran of Iran.