Crisis at 'Juve' after a draw in Turin derby, Roma loses victory to Ajax

Juventus has plunged into a sporting crisis after Saturday's draw in the Turin derby against Torino. The team of the troubled trainer Andrea Pirlo prevented a defeat in the final phase: 2-2. AS Roma gave away a lead towards the Europa League match against Ajax, while AC Milan lost expensive points in the battle for the Italian title. 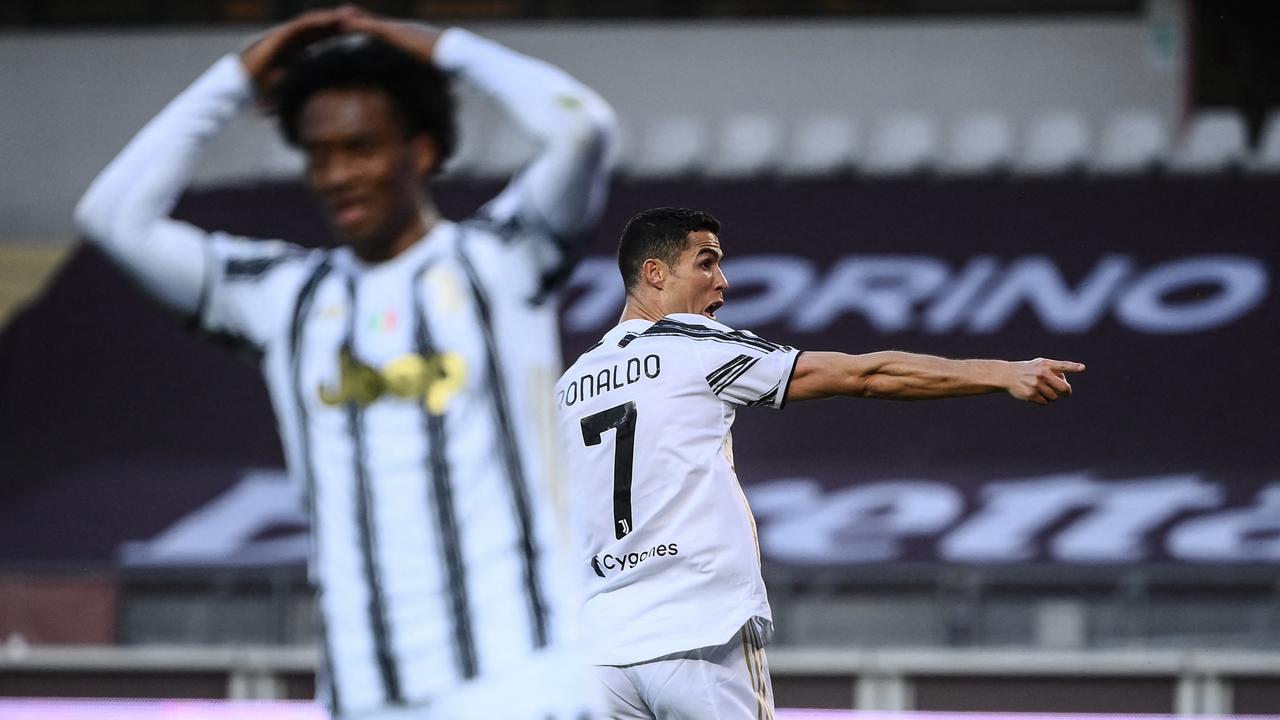 Juventus has plunged into a sporting crisis after Saturday's draw in the Turin derby against Torino.

The team of the troubled trainer Andrea Pirlo prevented a defeat in the final phase: 2-2.

AS Roma gave away a lead towards the Europa League match against Ajax, while AC Milan lost expensive points in the battle for the Italian title.

Juventus still energetically started the Turin derby with Torino and took the lead via Federico Chiesa, but before the break it was still 1-1.

Antonio Sanabria headed in on the rebound after Juventus goalkeeper Wojciech Szczesny failed to control a shot.

Twenty seconds after the break it was already 2-1 for Torino.

Dejan Kulusevski lost the ball from kick-off and Sanabria trumped Szczesny in the short corner.

Ultimately, Cristiano Ronaldo saved the reigning champion from defeat with the equalizer ten minutes from time.

Due to the points division, Juventus seems to have definitively dropped out of the Italian title fight and the position of coach Pirlo is under further pressure.

Leader Internazionale has nine points more and will play against Bologna on Saturday-evening at 8.45 pm.

'Juve' has also been eliminated from the Champions League.

At Juventus against Torino Paulo Dybala, Weston McKennie and Arthur were missing.

They had been suspended by club management for attending an illegal lockdown party.

The police were informed on Wednesday evening about the party at McKennie's house, in which twenty people were present, including Dybala and Arthur.

Rick Karsdorp gave away a lead against Sassuolo with AS Roma.

Rick Karsdorp gave away a lead against Sassuolo with AS Roma.

AS Roma spills towards Ajax

Earlier in the day, Roma seemed to escape damage when Bruno Peres took the 1-2 with the final phase in sight, but five minutes before the end, the team of coach Paulo Fonseca still had to swallow the equalizer when Giacomo Raspadori scored.

During the first half, Roma had taken the lead for the first time with basic player Rick Karsdorp thanks to a striking penalty kick from Lorenzo Pellegrini.

Early in the second half, Sassuolo took the lead with a goal from Hamed Junior Traorè.

The three-time national champion has now dropped to seventh place and is therefore outside the places for European football.

The quarter-final game with Ajax in the Europa League starts on Thursday at 9 p.m. in the Johan Cruijff ArenA.

A week later, the return is in Italy at the same time.

Ajax will play against sc Heerenveen on Sunday.

Milan stayed at 1-1 against Sampdoria in-house.

It became 0-1 by a beautiful goal from 38-year-old Fabio Quagliarelli (he punished defensive fumbling), after which Jens Petter Hauge saved a point just before time.

At that time, Sampdoria had been with ten men for a while after a red card (twice yellow) for Adrien Silva.

It was the sixth home game in a row in all competitions in which AC Milan was without a win.

The number two in Serie A is now five points behind leader Internazionale, which has played two games less.

Milan also has only two points ahead of number three Atalanta, which won 3-2 against Udinese with Marten de Roon in the base.

Luis Muriel was the big man with two goals.

Number four Napoli recorded a spectacular 4-3 win over Crotone, with the winning goal being scored by Giovanni Di Lorenzo.