Sven Tumba is one of Sweden's greatest athletes of all time. In his time he was a phenomenon, fully in class with the Zlatan Ibrahimovic of our time. Now SVT broadcasts a documentary series in two parts by the filmmaker Jens Lind about Sven Tumba. 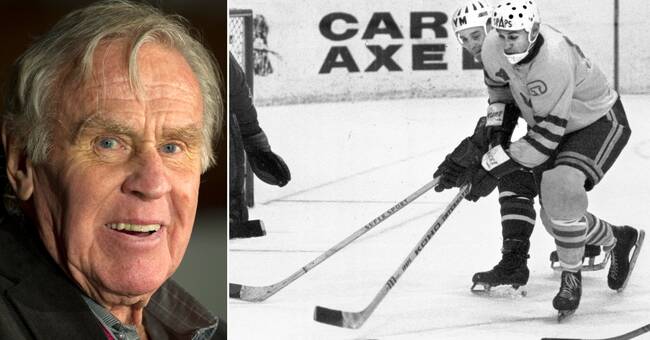 Sven Tumba, or Sven Johansson as he was called from the beginning, was unique in Swedish sports as a national team player in both ice hockey, football and golf.

Sven Tumba was a national idol with a charisma that made everything from the standing room audience to the royal family melt.

The filmmaker, and one of Sweden's most popular sports voices and narrator, Jens Lind, has made the documentary about Sven Tumba's life and career.

The documentary, which is shown in two parts, not only depicts Tumba's great sports career, but is also a versatile and unvarnished portrait of the life behind the headlines.

- I received many boxes with unsorted material from the Tumba family and Mona's Nessim family.

The more I learned about Sven and Mona's life, the more engrossed I became in their family stories.

Especially the movies that no one had seen in more than 50 years made a big impression on me.

I have spent a lot of time in the film archive but I have never come across a similar treasure!

It meant that a bygone era could come to life, says the filmmaker Jens Lind about the documentary.

This is how SVT broadcasts the documentary Tumba - A family story: