A year ago, the information assistant at the ice hockey association, Anders Feltenmark, signed a confidentiality agreement when he was fired. Now the independent investigator, Professor Dennis Töllborg, wants to tear up the agreement. "My proposal is that the parties renegotiate the agreement," writes Töllborg. 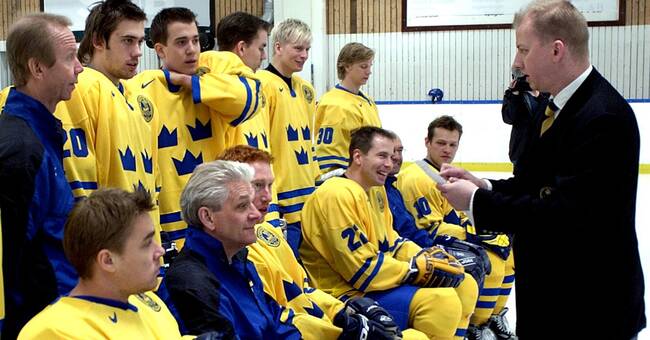 The incident when Feltenmark was fired a year ago has received a lot of attention and large parts of hockey-Sweden have joined the 59-year-old, who worked in the association for 24 years until he had to go over the day a year ago.

According to the union, it was about "lack of work" something that later developed with the assessment "gross disloyalty", but according to the initiators of the open letters, it was about Feltenmark as a union representative reporting sexual harassment by a union employee against a female colleague and a union. commitment.

The employee, who was allowed to leave his assignment at the hockey association when the incident was discovered in February last year, was later convicted of sexual harassment in the district court and fined SEK 80,000.

Journalist got copy by mistake

To inform people at the union about the incident, Feltenmark sent an email and accidentally got a journalist on Swedish Radio on the list, who according to the investigation did not even remember that he received the email.

When the then Secretary General Tommy Boustedt in the late summer called Feltenmark's actions "grossly disloyal", it was the email he was referring to, which was also claimed to be a violation of the Data Protection Regulation, GDPR, for the protection of personal data.

Feltenmark's trade union Unionen also informed him that the flour was a violation of the GDPR.

"She started by talking about the fact that this was a violation of the GDPR.

She exemplified: Someone at Volvo who emailed that they had finally come out of the mine (the conveyor belt) was fired for disloyalty to the employer ", writes Töllborg in his report on Feltenmark's description of the case.

The report was commissioned by the initiators of the open letter, a report that was completed in September last year, while the open letter where the former national team captain Curre Lundmark is one of the driving forces became public today.

By "she", Feltenmark refers to the Union's ombudsman Urika Hasskvist, who does not want to comment on the matter today.

- I can not comment on it but I can ask you to talk to my boss, Hasskvist says to SVT Sport.

- It is not me who owns the issue, says Hasskvist.

But it was you who was present at the hearing.

- I do not own the issue because there are others who have taken over it, Hasskvist concludes.

The boss she refers to has not returned to SVT Sport.

Töllborg writes in his report that "the Union's actions are remarkable" and that they presented a false picture of what happened.

“My proposal is that the parties renegotiate the agreement.

Such a renegotiation should mean that the Union, together with the Swedish Ice Hockey Association, takes responsibility for financial compensation to Feltenmark, which better complies with the requirements of the Employment Protection Act, ”concludes Töllborg.

Feltenmark received eleven monthly salaries in compensation while Töllborg believes that 32 would be more reasonable.

"Feltenmark's actions have been straightforward, heroic and completely impeccable.

The union's and the ice hockey association's actions, on the other hand, have been grossly reprehensible in violation of the values ​​that should apply to these organizations, ”writes the appeal led by, among others, Curre Lundmark.

About 80 ice hockey personalities have signed the petition.