Feltenmark under strong pressure: "Thought about how I would kill myself"

The ice hockey association's dismissed information assistant Anders Feltenmark is strongly critical of the negotiation a year ago. - The only thing I thought about was how I would take my own life, says Feltenmark to SVT Sport. 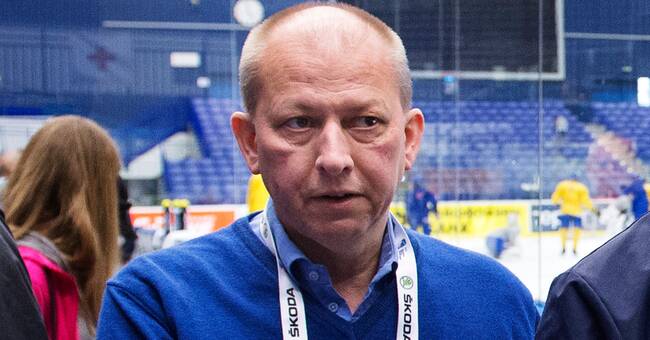 Under strong time pressure, a broken Feltenmark signed a confidentiality agreement and left the ice hockey association during the day.

He regrets that signature today.

How do you see your situation when you signed the agreement?

- Less than two days before that, I had been informed that I had lost my job after the regional parties concluded their negotiations.

Then I ended up in a state of shock and felt so terribly bad that the only thing I thought about was how to kill myself.

I was not in full use of my senses.

I had a while to call the union and they said I should sign, says Feltenmark.

How do you see the union urging you to sign up?

- It may be easy with the result afterwards, but I think it would have said that "take this agreement but do not sign but take a copy and send it to us and we will look through it properly before you sign", reflects Feltenmark .

Feltenmark sees his union work and a police report of an employee at the office for sexual harassment as the real reason for his dismissal.

"The employer took the man's side"

- In the union club, we understood that the employer had taken the man's side and distrusted the woman who was being questioned.

They walked up to her and wondered what she was looking for.

We pointed out that she who was in a vulnerable situation must be treated better, Feltenmark explains and provides the background for an email being sent to the employees.

- When the employer did not want to do it, we decided to inform all staff at the workplace about what had happened to explain what the union did and what the employer had not done.

It created a reaction, Feltenmark remembers.

- The email was used as an excuse to get rid of me.

The real reason I lost my job was that I had worked in a union and fought for gender pay and that they followed the collective agreement, which the employer thought was difficult.

We stood up for a member who had been subjected to sexual harassment, which we reported to the police.

That is the real reason, but the union cannot say that because it had looked so bad.

I must admit that I did not behave "disloyally"

What do you want to happen today?

- That the ice hockey association admits that I did not behave grossly disloyal towards the employer and that the way I got rid of the job was wrong.

Has the ice hockey association been in contact with you since it happened?

- No and it also feels sad when the board received this case.

They seem to think that everything has gone right and they can say that without talking to me for a single second.

I think that in a modern legal society, you should hear both parties before ruling them.

They have only listened to the person who got rid of me and it does not feel serious, says Feltenmark and sees a positive effect of Dennis Töllborg's report.

- I think it was behind the fact that I got the right of possession of the apartment and that they left it to me.

SVT Sport has contacted the ice hockey association for a comment.