The most painful defeat for Real Madrid: beaten against Efes, Tavares injured and Laso sent off

A defeat could hardly be more painful for Real Madrid. Even being on the edge of the precipice, losing against Anadolu Efes entered the pools because the ... 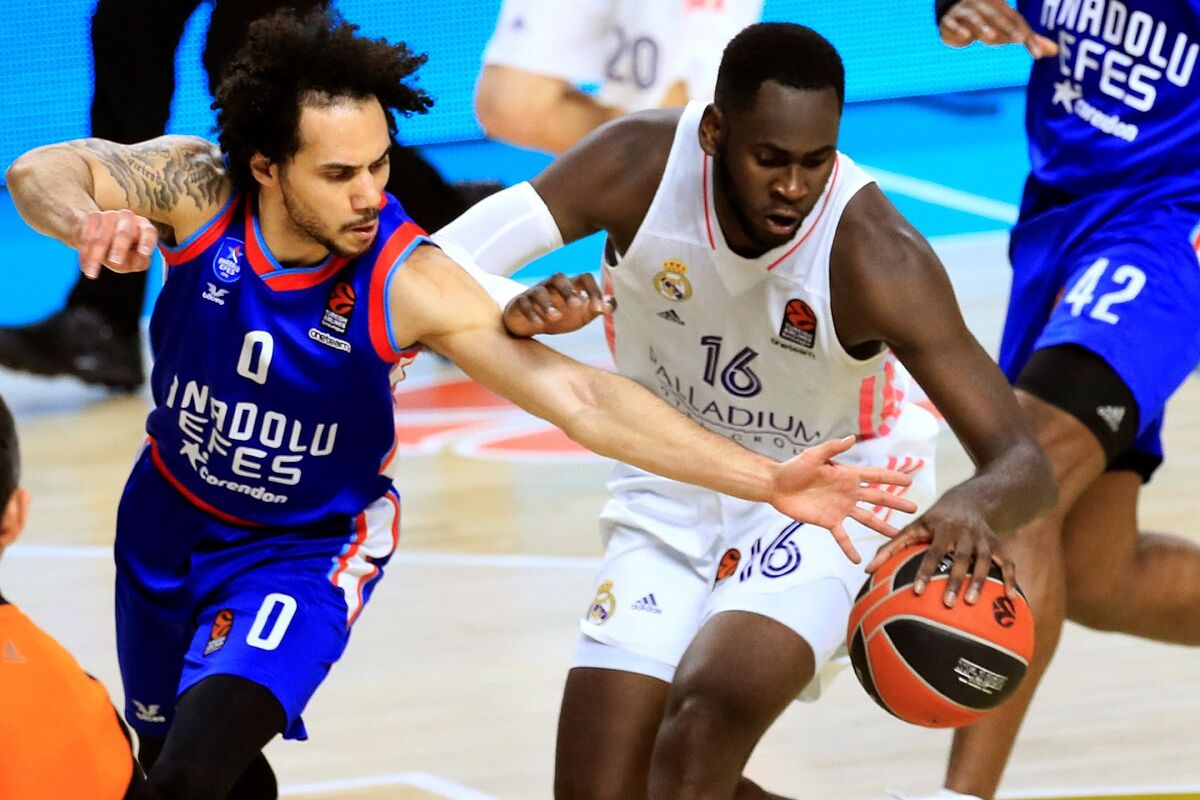 A defeat could hardly be more painful for

Even being on the edge of the precipice, losing against

entered the pools because those of

left expelled by a double technique that, in view of the later scene, could lead to a penalty for the Vitorian coach.

Almost the least was the difference (83-108) for a team that spent the fourth quarter thinking about how much is played in the next 10 days.

Everything derailed in the third quarter.

Starting with Tavares' injury when barely a minute had passed.

, who was thrown and landed on the Cape Verdean's left hip.

After lying on the parquet for a while, Tavares tried to continue to no avail.

He forced the foul on both possessions, asked for the change and did not re-enter the entire game.

The images, first attended by the physios and then covering his face with his hands, do not bode well.

At least for Friday's game against

, which now takes on much greater significance.

Madrid did not end there, which despite the blow threatened a comeback.

And if it seemed possible it was largely thanks to Usman Garuba, possessed when the situation of the team demanded the most of his

Azuqueca's oozes intensity, much more important than the mistakes that youth entail.

And at a critical moment for the Whites, rather than coming out afloat, he took the lead: an offensive rebound to save a possession.

A basket of two.

Another bounce to launch a counter.

and a plug from

in the same possession.

A triple from the corner.

A robbery that ended with assistance to the counter.

And it was there, at the top, where everything began to go wrong.

First with a technique to

for catching the ball after that basket on the counter.

That's how loose the whistle was.

Later, for a foul on a triple by Larkin in the last possession of the quarter, despite the fact that it was the American who stuck his leg out to force contact.

Laso, with a short fuse, lost his papers.

The Vitorian received two techniques in a few seconds and, before leaving, he spent a good time rebuking the three referees.

. I'm tired! All year like this!", He said, pacing from one place to another.

Sitting down, getting back up, going from one place to another until heading to the locker room.

In that free-throw carousel, Real Madrid came to an end, which went from seeing themselves at six points to starting the last quarter again at 12, without Tavares and without Laso.

Despite the fact that this episode was definitive, the defeat is not explained only by referees.

Also because of the problems of

to put the bell to Simon in the first quarter (15 points).

In the direction of

The only positive news, Garuba aside, was the return of Rudy Fernández (13), although it did little to close the gap between Real Madrid and Efes.

The Turks are already mathematically in the playoffs and the Whites will risk their lives in the last two days, against

Olympiakos on Friday and against Fenerbahce on the 8th

Euroleague CSKA shakes Real Madrid and gets them in trouble

EuroleagueTavares takes Real Madrid out of a mess