Karim Benzema already has a date for the trial for alleged blackmail of Valbuena: "May the farce end forever"

After six years of judicial twists and turns, the dates of the trial of Karim Benzema in the case of the &amp; quot; sextape &amp; quot; of Mathieu Valbuena are finally known: the footballer ... 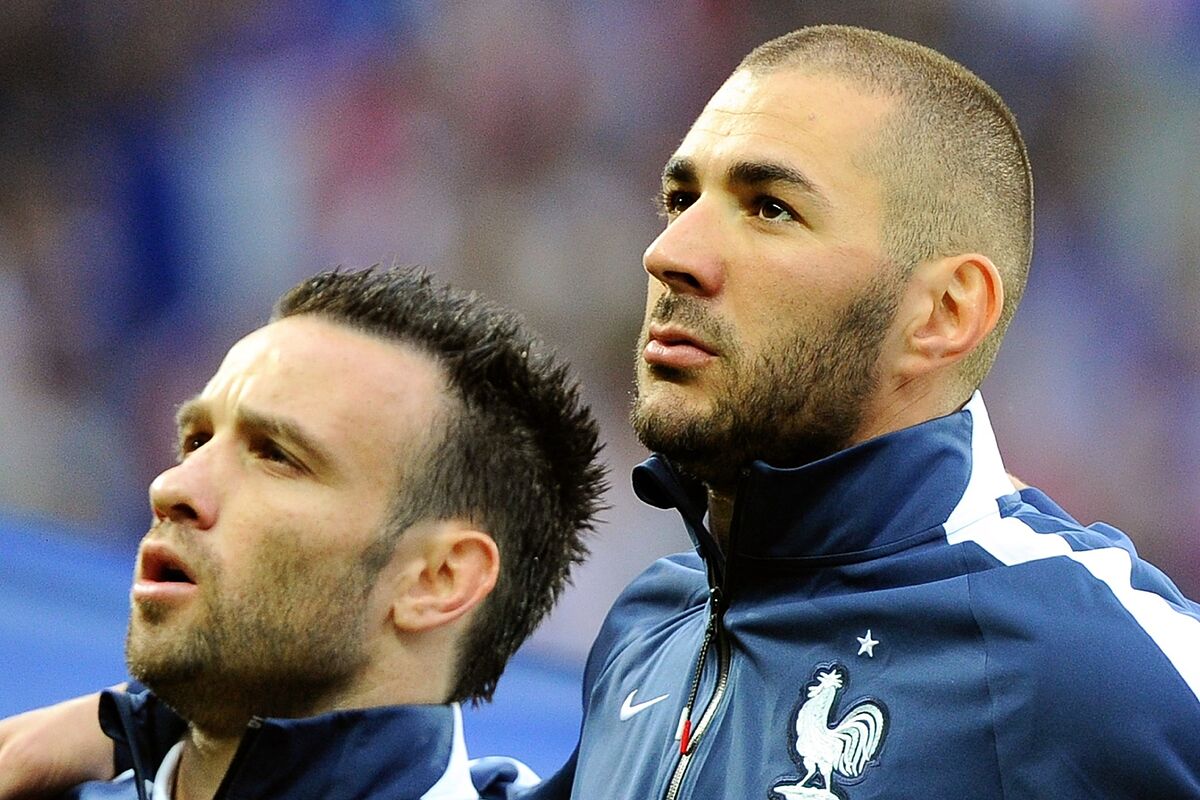 After six years of judicial twists and turns, the dates of the trial against

in the case of the "sextape" of

are finally known: the French footballer of

complicity in an attempt to blackmail

" his A former teammate, he will be tried from October

The 33-year-old forward, who has not been called up by the French national team since

, but who continues to excel at Real Madrid, risks receiving a penalty of up to

(88,300 euros) of fine in this case, where four other people are also accused of attempted blackmail.

" (That's it, finally, let's go, the farce is over forever), Benzema reacted on

when he heard the news.

Karim Benzema is accused of having incited 36-year-old Mathieu Valbuena, currently under contract with Greek club

, to pay blackmailers who threatened to release an intimate video of the player.

, the training center of the French soccer team, in which Karim Benzema reportedly explained that he could "introduce someone you trust" to Mathieu Valbuena, according to the latter's audition, to help him "control" the possible publication of that compromising video.

"Be careful Math, they are big,

" the Real Madrid player would have warned.

A way "to help" his partner, Karim Benzema would later explain, while Mathieu Valbuena would confess to having had the "impression of being taken for an idiot".

Now, the courts will determine if this conversation is limited to a friend's council or criminal pressure.

, who was also questioned in this case at one point, was acquitted in January.

When Karim Benzema was sent to the Versailles correctional court in January, his lawyer Sylvain Cormier had denounced "

" and "a decision as absurd as it is foreseeable".

, it is "the logical continuation of instructions, which has perfectly established the participation of different people".

The case begins when Mathieu Valbuena changes his mobile phone and

, also among the accused, to transfer the files from one device to another.

Among the documents, there is a sexual video of the midfielder.

In June 2015, Valbuena filed a complaint following an anonymous call that proposed a "fix" to prevent the video from being broadcast.

Axel Angot and another man,

, are suspected of wanting to make Mathieu Valbuena pay.

In this case, the two men, who gravitate to Marseille football, contact Karim Zenati, a close friend of Karim Benzema.

After his conversation with Mathieu Valbuena in Clairefontaine, Karim Benzema calls his friend Karim Zenati and explains: "He

A "us" that, according to the accusation, shows that Karim Benzema "is included" in the blackmail of his partner in the Bleus.

On the phone, the two men appear to mock Mathieu Valbuena, with Karim Benzema stating that they will "throw tomatoes at him" if the video is released.

We are here to fix it

, if he wants, he fights piranhas", explains Karim Zenati.

"They are going to piss on him", responds Karim Benzema who, in another conversation with his friend, will classify his partner as "scared".

A "friendly" nickname, he will explain later.

Throughout the process, the defense tried to have the investigation annulled.

The lawyers relied mainly on the actions of a policeman who posed as an intermediary for Mathieu Valbuena and had, according to them, pushed the protagonists of the case to commit an offense.

After several conflicting decisions, the Court of Cassation decided in December 2019 that the policeman's methods were legitimate.

LaLiga Santander 2020 - 2021Benzema's smile and relief: from an injury that compromised everything to league survival