Junior WC 2024 is played in Gothenburg: "Fun and important"

The Junior World Cup in ice hockey will be played in Gothenburg in 2024. The Swedish Ice Hockey Association states this in a press release. - To once again have the opportunity to see the world's best junior players at home is both fun and important in our ambition to become Sweden's most engaging sport, says Anders Larsson, chairman of the Swedish Ice Hockey Association. 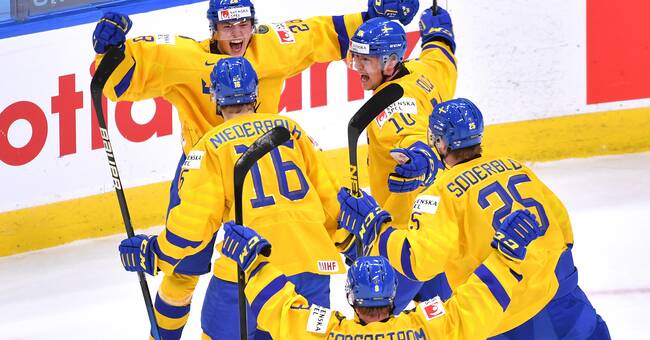 It is the first time since 2014 that Sweden gets the chance to arrange the junior WC in ice hockey.

In recent years, the tournament has been played in Canada, Finland, the United States and the Czech Republic.

- We are both happy and satisfied that the Junior WC 2024 will be played in Gothenburg, says the Swedish Ice Hockey Association's chairman Anders Larsson in the press release.

- The junior crowns create a great interest in ice hockey, and once again having the opportunity to see the world's best junior players at home is both fun and important in our ambition to become Sweden's most engaging sport.

Together with nine other nations, the Swedish Junior Crowns will play matches in Scandinavium and Frölundaborg between December 26, 2023 and January 5, 2024.

- We will hear more players in the junior WC for many years to come, and to see them as juniors is really fun so I hope that more people take the chance to be in Gothenburg, says Stark.

The USA won the JVM 2021 after victory against Canada and is the reigning champion.

Sweden has not won since 2012 but has three silver and one bronze in the last nine years.

The United States celebrates victory after the final whistle.