Profile: Bibian Mentel was an example of fighting and intransigence

Bibian Mentel (48), who died on Monday, was an example of intransigence. The snowboarder was diagnosed with cancer no fewer than twelve times, but each time she did everything she could to remain optimistic. She recovered every time and in the meantime became Paralympic champion three times, but in the end the disease was fatal to her. 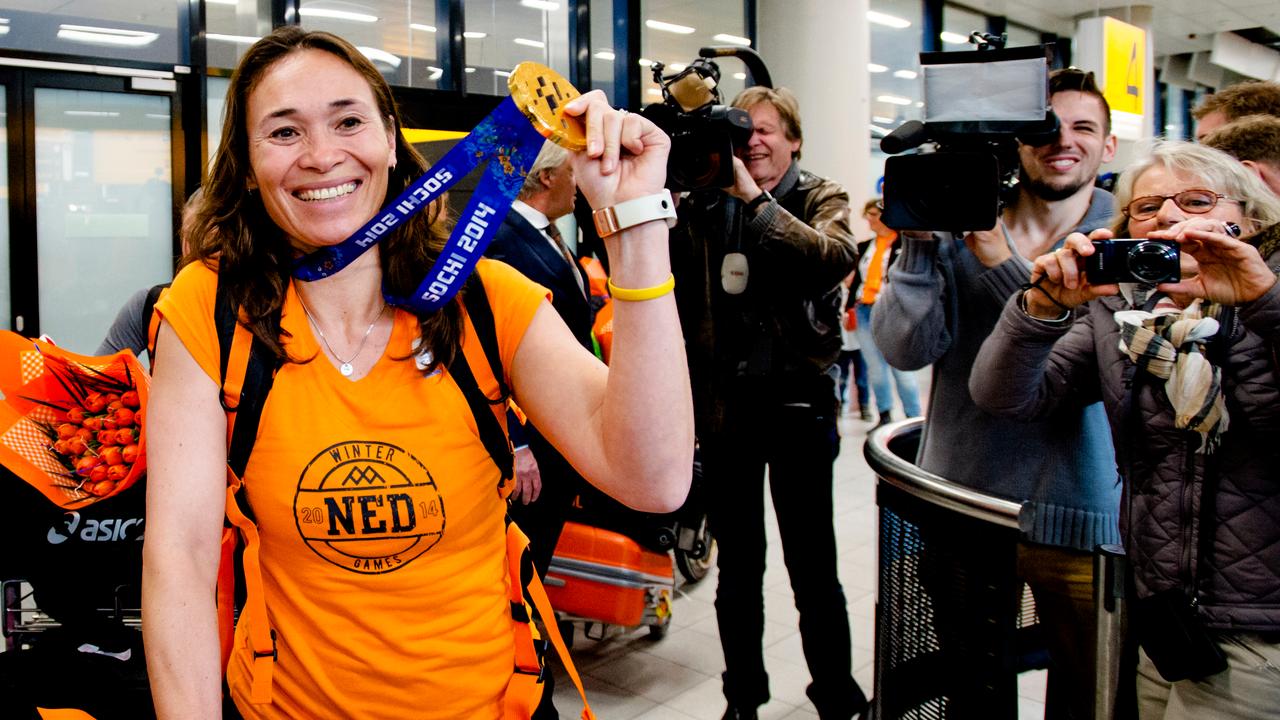 Bibian Mentel (48), who died on Monday, was an example of intransigence.

The snowboarder was diagnosed with cancer no fewer than twelve times, but each time she did everything she could to remain optimistic.

She recovered every time and in the meantime became Paralympic champion three times, but in the end the disease was fatal to her.

Friends and family always describe Mentel as a fighter, but also as someone who tried to enjoy life as much as possible.

Her husband Edwin Spee and her three children gave her the best possible support she could wish for.

Whenever Mentel was on the podium, whether after a race or at an award ceremony, one thing was impossible to miss: her broad smile.

Mentel was a promising snowboarder when the disease was first diagnosed in her lower leg in 1999.

"It was a good explanation for the nasty ankle injury that I had been suffering from for a few months," she told

"I was mainly concerned with the question of how we could solve this, so that I could get back on my board as soon as possible."

However, the cancer returned after the first operation and was also in more places.

The only way out turned out to be amputation, which forced her to end her top sports career at the age of 28.

Bibian Mentel (second from right) in 2000 as a young snowboarder with the Dutch team.

She then hopes to participate in the Olympic Games in Salt Lake City.

In 2008 Mentel shows her artificial leg specially designed for snowboarding.

During the Paralympic Games in Sochi in 2014, Mentel took gold on Snowboardcross.

Mentel shows her gold medal upon arrival at Schiphol.

In 2014 and 2018, Mentel was voted Paralympic Sportsperson of the Year.

In 2018, Mentel took gold twice at the Paralympic Games in Pyeongchang.

Mentel and her partner Edwin Spee and the two golden slices of Pyeongchang.

Mentel became Dutch champion for the able-bodied with one leg

The way she dealt with this characterizes her character, which she inherited from her mother.

"When my leg had to be amputated, I whined, drank tea and ate cookies with her for one day. Then it was ready," she told

How great her intransigence was, it became clear from the fact that in 2002 - less than a year after the amputation - she already participated in the NK.

For the valid, that is.

Mentel could not even walk around without crutches, but did grab the Dutch title among the elite.

Mentel also knew how to put her fame to good use.

For example, in 2012 she founded the Mentelity Foundation, a foundation to get disabled children and young adults to exercise.

Snowboarding was also added to the Paralympics program in 2012 through her efforts.

At the last Games she also won the title in the banked slalom.

Remarkably, Mentel had to pay the costs for participating in the last Paralympics in Pyeongchang himself.

NOC * NSF and a number of its sponsors, given her condition - she was reported by the doctors in 2016 - did not want to invest in her, so Mentel launched a crowdfunding campaign.

She recovered again and could still travel to South Korea that way.

After the Paralympics she said goodbye to the sport.

Bibian Mentel in 2014 with her husband Edwin Spee.

Bibian Mentel in 2014 with her husband Edwin Spee.

Less than a year later, the disease was diagnosed again, this time in her back.

Mentel underwent major surgery, in which she sustained a spinal cord injury.

She has been in a wheelchair ever since.

In the autumn of 2019, two more serious procedures followed, including propping up her back.

Mentel therefore feared that Christmas 2019 was her last, although the family kept hopes for a medical development.

"Perhaps one day we will be lucky that a new drug is discovered that can slow the growth of the tumor, or at some point stop it from growing, and that it can be turned into a chronic disease. can live for a long time, "her husband told

There was no new miracle.

In early March 2021, news came that there was no longer a treatment plan for Mentel and that doctors advised her to start saying goodbye to loved ones.

"Go do what you like. I started following my passion very quickly, I am very happy that I did", was the message of Mentel during her last television appearance, in the RTL program

She passed away three weeks later.