"It's the world's best World Cup during the pandemic"

The Figure Skating World Cup in Sweden is over and project manager Ulrika Molin can breathe a sigh of relief. Despite the pandemic, the bubble held in the Globe. - If you look at the conditions we had, it's the world's best World Cup during the pandemic, Molin says to TT. 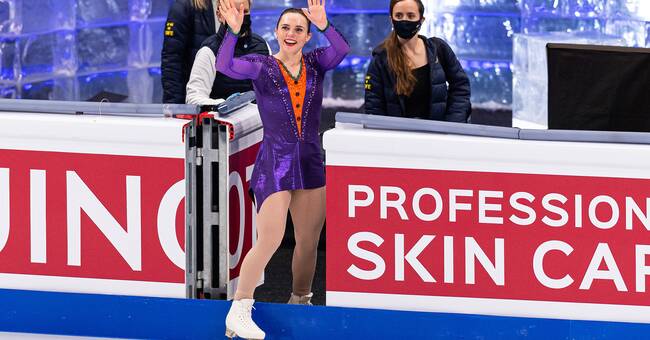 Just over a week ago, 191 figure skaters and their leaders checked into the World Cup bubble in Stockholm.

Now they are about to leave Sweden after completing their mission - to have competed in a corona-secured Globe without an audience.

- It feels great that we succeeded, says project manager Ulrika Molin to TT.

But it has been a challenge.

Because everyone was isolated in the hotel rooms until they received answers to their tests, the infected could be kept in quarantine without having infected anyone else.

- The infected had no symptoms but felt well, which of course was a relief.

Then we have a third case that was discovered at a later test occasion.

There was also infection tracking directly and everything went very well, says Molin.

Molin says that she has been worried about the spread of infection throughout the championship.

But out of a total of 3,000 tests, only three showed positive results.

It was already decided in the autumn, when it was clear that the WC would be held without an audience and audience revenue of SEK 50 million disappeared, that the International Skating Union (ISU) would be a financial guarantor for the WC - and according to Molin, ISU is satisfied with the event.

- Already after a couple of days, it was noticed that they relaxed and their chairman Jan Dijkema has congratulated us on a very successful event, she says.

- When we started working with the World Cup, before the pandemic, we set the goal of making the world the best World Cup.

And if you look at the conditions we had, it's the world's best World Cup during the pandemic.

CLIP: SVT Sport explains: This is how jumping works in figure skating

This is how jumping works in figure skating.