Ducati rebels with a pole and a record of madness: more than 360 km / h

In 2015 Marc Márquez surpassed 350 km / h with his Honda during the Qatar race and caused a stir. Since the beginning of centuries, the change from two to four-stroke engines ... 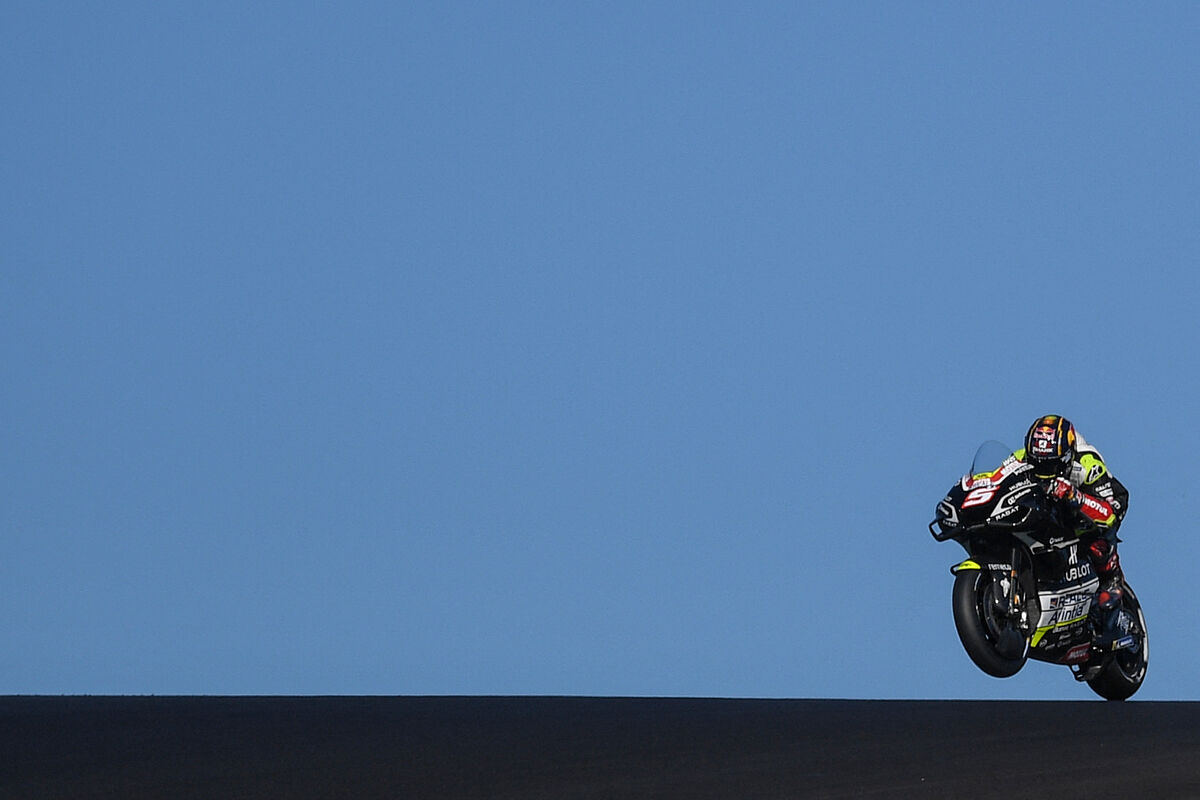 surpassed 350 km / h with his Honda during the Qatar race and caused a stir.

Since the beginning of centuries, the change from two to four-stroke engines had triggered top speeds and in 2012 the end to the restriction of the maximum displacement to 800cc multiplied the vertigo.

Was MotoGP reaching its limit?

The increased risk was the subject of debate, there were those who demanded a new regulation, but the following year a revolution settled the controversy.

In 2016 Ducati appeared with a superlative engine and spoilers on its fairing,

reached 354.9 km / h in the Mugello race and the rest of the brands forgot about any discussion.

To win you had to fly.

This Saturday, in free practice at the Qatar circuit, where there is a straight over a kilometer long,

With his Ducati from the Pramac Racing team and behind an adversary,

he shot up at a rate never seen before and went down in history.

Then, yes, he could not stop at the first corner and ended up on the gravel, but that was the least of it.

His record was the proof that there are no limits in MotoGP and the demonstration of the many options of the Ducati this season.

After a year 2020 to forget, with only two victories and

as fourth classified in the World Cup, the Italian brand wants to return to success and wants to do it in its own way: flying.

Zarco's record - who placed sixth on the grid - was the warning for what would happen next in qualifying.

With top speed as an argument,

, the signing for the factory team, achieved the first pole of his life and showed that he can be a contender for the title.

As was the case last year,

with their Yamaha did not miss a lap and placed second and third, but Bagnaia will opt for victory.

Motorcycling 2021 Ducati, owner of the MotoGP start in Qatar;

I looked away from the head