Luis Suarez, star of Atletico Madrid's attack on Spanish football, praised the Norwegian star Erling Haaland of Borussia Dortmund, saying that he "represents an era", adding that he prefers him to Kylian Mbappe, the French player of Paris Saint-Germain. Haaland is still making a buzz in Euro football 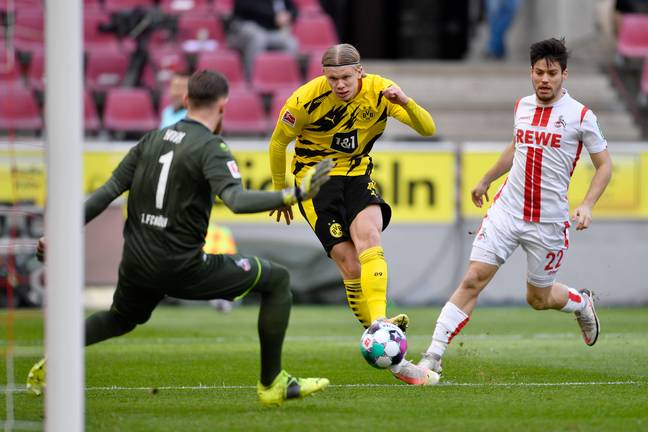 Luis Suarez, star of Atletico Madrid's attack on Spanish football, praised the Norwegian star Erling Haaland of Borussia Dortmund, saying that he "represents an era", adding that he prefers him to Kylian Mbappe, the French player of Paris Saint-Germain.

Haaland continues to create a buzz in European football and has been reported to have caught the attention of Real Madrid, Manchester City, Barcelona, ​​Manchester United, Chelsea, Juventus, Paris Saint-Germain, as well as Liverpool.

Haaland, 20, who joined Dortmund from Red Bull Salzburg in January 2020, scored twice in the match in which the team drew with its host Cologne 2/2 last Saturday, to raise the number of goals in the team's away matches in Bundesliga to 14.

Suarez praised Haaland, who scored 21 goals in 21 league matches this season and 33 goals in all competitions.

Suarez said in an interview with journalist Gerard Romero on the "Twitch" live video broadcasting platform: He (Haaland) is a great player, and he has an amazing level, and he has great physical strength.

He added, "He is one of the best players with the number nine in the world, and it will represent an era. Comparing Haaland with Kylian Mbappe, Suarez said: I prefer Haaland a little, but Mbappe has great levels.

The star of Luis Suarez shined again since his move from Barcelona to Atlético de Madrid at the start of the current season.

The Uruguayan international, 34, Suarez, reached the 500 goal mark in his career at club and national level, after scoring the winning goal for Atletico against Deportivo Alaves on Sunday.

Suarez is looking to win titles with Atletico Madrid, but revealed that he is still following Messi and the Barcelona team, who spent six years full of titles within their ranks.

Suarez said: "I watch them because I love to watch football. I admire the club whose colors I defended and I am grateful."

He added, "I talk with Lionel almost daily ... Everyone knows my love for them, for what I presented there and also for what they offered me."