Chinanews client, March 19th, another week is about to pass, and exciting sports events are coming as scheduled. This season's UEFA Champions League and Europa League knockout ceremonies will be held soon. How the signing affects the hearts of all fans. The CBA All-Star Game will be staged this weekend. In addition to the North-South matchup, this year's event will review the wonderful moments o 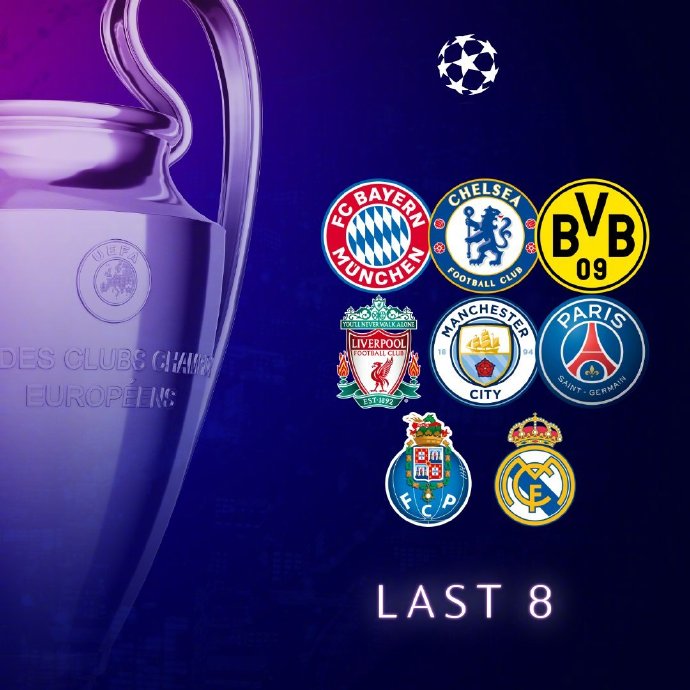 Chinanews client, March 19th, another week is about to pass, and exciting sports events are coming as scheduled.

This season's UEFA Champions League and Europa League knockout ceremonies will be held soon. How the signing affects the hearts of all fans.

The CBA All-Star Game will be staged this weekend. In addition to the North-South matchup, this year's event will review the wonderful moments of the All-Star Weekend 25 years with national fans and pay tribute to the legend (below are Beijing time).

As the focus of European football, the upcoming UEFA Champions League and Europa League knockout draw ceremonies have attracted the attention of fans, and a strong dialogue is bound to be born.

Only Real Madrid are left in La Liga, while Ligue 1 and the Portuguese Super League each occupy a seat, namely Paris Saint-Germain and Porto.

Although Bayern Munich, Manchester City, Inter Milan and other giants will have games in the next two days, but this weekend European football lacks a gimmicky strong dialogue, so Wu Lei's performance has become the focus of attention by fans.

In the upcoming 30th round of La Liga, the Spaniard's opponent is Logonis.

From the point of view of the standings, the Spaniard ranked No. 3 is clearly superior in overall strength.

As the points difference between the 2nd and 5th places in the standings is relatively small, the Spaniard's promotion prospects are still unclear, and three points are undoubtedly the team's goal for this campaign.

Wu Lei has recently lacked the opportunity to make consecutive appearances, and several sporadic substitutes have also received little time, and there is no way to maintain the state.

However, due to the approaching international game day, several players in the Spaniard may be recruited, such as striker Puado, which means that Wu Lei has the opportunity to get more playing time in the near future.

I hope he can seize the opportunity and have an impressive performance.

From March 19th to 21st, the 25th CBA All-Star Weekend will be staged at Qingdao Guoxin Stadium.

In the starting lineup of the North and South teams this year, there are 4 players from the same team. This has never been seen in the history of the CBA All-Star Weekend. The 8 players who entered the starting list happened to belong to last year. The opponents of the finals, but also the most contenders for this year's CBA championship, Liaoning and Guangdong teams.

In addition to the North-South matchup, this tournament will also review the wonderful moments of the 25-year CBA All-Star Weekend with fans across the country.

Before the start of this year’s All-Star Weekend, fans voted to select the three best teams for the 25th anniversary of the CBA All-Star. They are:

As part of the 25th anniversary, this All-Star Weekend will also arrange some special sessions to pay tribute to the celebrities.

This season the NBA enters the second half of the regular season.

Currently, the Philadelphia 76ers, Brooklyn Nets and Milwaukee Bucks are among the top 3 in the Eastern Conference, with a relatively obvious advantage in winning games.

In the West, there are as many as 9 teams with a winning rate of more than 50%, and the competition is more intense.

The Chinese and South Korean teams did not sign up for the All England Championship. Dai Ziying, Zhou Tiancheng and Spanish star Marlin from Chinese Taipei chose to retire before the game. In addition, there were new crowns among the passengers who went to the UK on the same plane with the Indonesian team For those infected, the Indonesian team has also withdrawn from the competition. Therefore, this year's All England Tournament is lack of stars and there are not many high-level confrontations.

On the whole, the player who has received the most attention is the Japanese star Kento Momota. This game is his first game of comeback since he suffered a car accident at the beginning of last year.

At present, Kento Momota and Ansailong have successfully passed the second round and are expected to face directly.

As the two major events that have received much attention in e-sports, LOL (League of Legends) and DOTA2 (Dota) both have eye-catching matches this week.

In terms of LOL, the LPL Spring Split is about to enter the sprint stage. At present, the top teams in the standings have a very small gap between their wins and losses, and the result of a game may greatly change the ranking situation.

In addition, there have been many high-profile collisions this week, which has attracted much attention.