Qianha Village, Meigu County, Liangshan Yi Autonomous Prefecture, Sichuan Province, 1755 kilometers from the capital Beijing. On the map, the public transportation route to Qianha Village could not be searched. The village is surrounded by mountains, each with a mysterious name.   This is the hometown of Ayu woman, with almost primitive natural features and fresh air that is incomparable with b 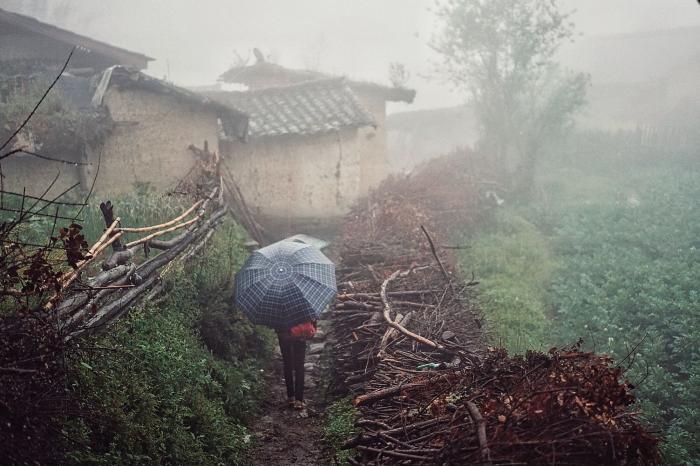 On the map, the public transportation route to Qianha Village could not be searched.

The village is surrounded by mountains, each with a mysterious name.

This is the hometown of Ayu woman, with almost primitive natural features and fresh air that is incomparable with big cities.

But at the same time, the harsh environment has also added a lot of trouble to the lives of local people.

A Yu woman is in her hometown.

In mid-March in Sichuan, spring is getting stronger.

But the Beijing where A Yu woman lives is still a bit chilly.

In 2019, Sun Lingfeng led the strong angel love team to Daliang Mountain to select students. The woman was the one who helped them lead the way.

Some parents in the village can't speak Mandarin, and the woman even started to translate into Yi language.

All of this, Sun Lingfeng saw in his eyes.

Sun Lingfeng was a national baseball player and participated in the Beijing Olympics.

In 2015, he founded the Strong Bat Angel Baseball Base, which is located in Beijing and currently has 68 children.

Many children in the base have some problems with their native families.

The woman is in her hometown.

Even though I have been to many remote areas to pick up children, the trip to Daliang Mountain was still extremely difficult.

Along the way, the mountain road was winding and winding, thanks to the help of the woman, the team could reach the destination safely.

Walking in the mountains is a part of women's daily life.

She said that the road to school every day seemed to be an expedition, the whole journey was a winding mountain road, and a river had to be passed.

If it is rainy, the way to school will become more and more dangerous.

There is a younger sister in the woman's family, as well as two older brothers and two older sisters.

Both sisters have never gone to school, and now they work in other places.

The woman is tall, thin and tall, speaks quietly, and looks very quiet.

The woman is in her hometown.

Walking into Daliang Mountain for the second time in 2020, Sun Lingfeng saw the woman again.

At that time, the girl was 14 years old. Generally speaking, the base would not accept children of this age.

But Sun Lingfeng decided to take her back to Beijing because he was afraid that such a good child would bid farewell to the campus and marry a woman in a few years. "That would be ruined, and it would be over."

Woman Ayu no longer has to worry about the river she will cross on her way to school. Perhaps this time, she has crossed the most important river in her life.

Sun Lingfeng’s baseball base is located in Beijing’s Tongzhou District, 40 kilometers away from the city.

Previously, the base had moved three times due to demolition and other reasons.

The dormitory has a unified upper and lower bunk, and the closet and table are also the same.

The difference is that boys have iron beds, girls have solid wood beds, boys’ bedding is a simple gray stripe, girls’ have beautiful little broken flowers.

There are plush toys in the lockers in the girls’ dormitory, and cartoon wall stickers are posted on the walls.

The children learn cultural lessons in the morning and practice baseball in the afternoon.

Girls' dormitory at the baseball base.

After leaving her hometown, Ayu woman saw a bigger world.

On March 12th, the woman and 9 other friends boarded the stage where the first batch of outstanding music works for the 2022 Hangzhou Asian Games was released.

They recite aloud with a little nervousness, and the performance with them is the internationally renowned pianist Lang Lang.

This time the children went to Hangzhou by plane. At the airport, they wore uniform uniforms, lined up and couldn't help but look around curiously as they walked.

The woman leads the younger female players, and now she is the leader of the women's team.

The 25 girls on the base are all from Daliang Mountain, and Sun Lingfeng named this women's baseball team the Soma Flower Team.

Soma flower is the azalea in Yi language, and many people also call it Azalea.

Azalea is a sun-loving plant, the longer it will be in full sunlight, the better.

Girl on baseball base.

According to Sun Lingfeng's calculations, each child would spend an average of hundreds of thousands from the time they received the children at the base until they entered the society.

"There is a team of boys. If you add another team of girls, the cost is definitely not 1+1, but 1 times N."

In the beginning, Sun Lingfeng only had the idea of ​​forming a women's team, but did not implement it.

Until he walked into Daliang Mountain.

"When I get to that place, I really feel that I can't help but do this." Sun Lingfeng said.

After training at the base for a period of time, the woman Ayu was tanned a bit, and there was more meat on her cheeks compared to when she first came.

And her friends in her hometown, some girls of the same age are still studying, but some have already embarked on a different life trajectory.

In recent years, with the help of the national poverty alleviation project, Daliang Mountain has been developing rapidly.

However, the lack of education in the past has made it much more difficult for some people to communicate with the outside world. This is the case with women’s families.

Her father is 51 years old and her mother is 52 years old.

"My family has no culture if they haven't studied, they don't know anything, they can't even write a name, and they can't talk about it with educated people when they go out. Only with educated can we have a better future." The woman said .

Now, she hopes to become the most educated person in the family.

Because they are older than other children, it is harder for women to learn things than others.

The coach bought her a learning machine specially, and sometimes she would study alone in the dormitory.

As the leader of the women's baseball team, the woman said that she wanted to bring her "little" team to win the world championship.

"I count every day. My parents might be how old I was when I was in college. When I can't sleep at night, I count these."

Among the 25 girls on the base, some are from poor families, and some are even disabled.

They walked out of Daliang Mountain, hoping to change their destiny through learning knowledge and practicing baseball.

Of course, there are also moments of homesickness.

If one of the girls living in a dormitory says that he is homesick, it may also evoke the homesickness of others.

They will hug each other and spend such a sad time.

And more often, they laugh and make trouble together.

The girls at the baseball base.

After the woman came to Beijing, her sister wrote to her, saying: You must spread the knowledge you learn to the countryside, and wish you a world champion.

She told reporters that her sister's words will always be imprinted in her heart.