Bayern coach Hansi Flick is a favorite for the office of national coach. His contract runs until 2023. At the highest level, Bayern boss Rummenigge and DFB President Keller spoke about the successor to Joachim Löw. 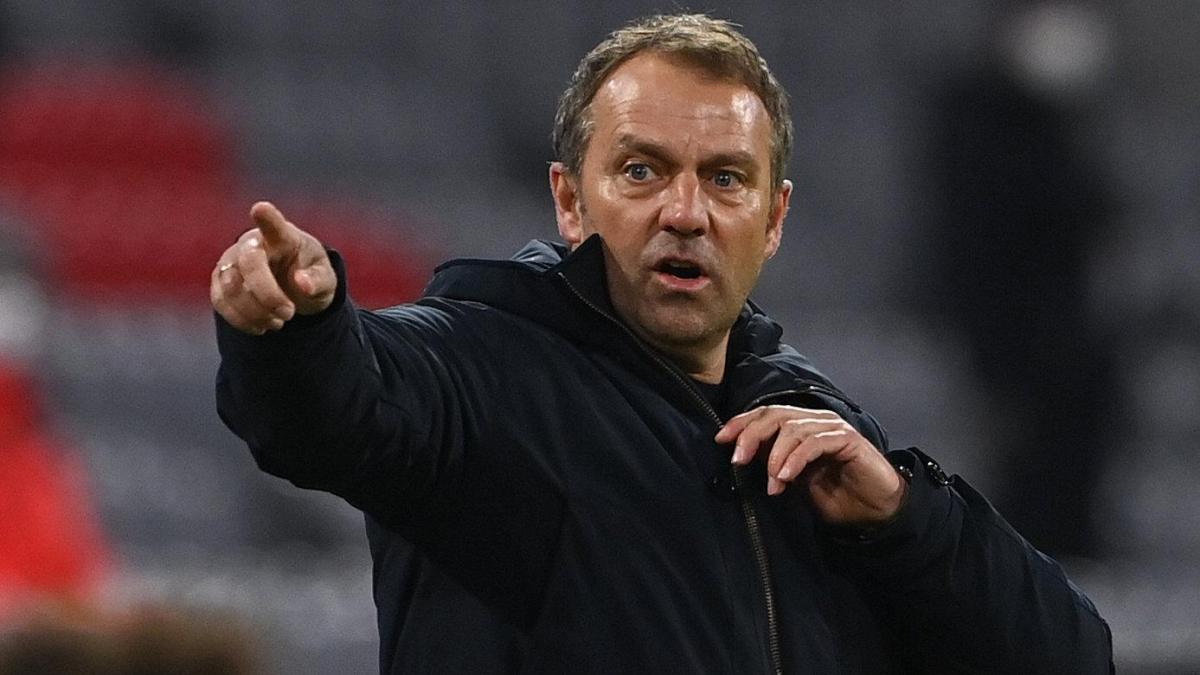 Bayern boss Karl-Heinz Rummenigge took a position after a conversation with DFB President Fritz Keller for the first time on speculation about the future of coach Hansi Flick.

The 56-year-old Flick is traded as a possible successor after national coach Joachim Löw (61) announced that he would resign after the European Championship this summer.

Rummenigge says very clearly: "We would be crazy if we let our trainer go early now."

The CEO of the German record champions reported on an exchange with the DFB boss at the beginning of the week.

"I find the DFB's decision to be serious and correct not to contact a coach who is contractually bound beyond June 30, 2021," said Rummenigge.

He spoke of an "open conversation" with Keller, for which he would like to thank: "He has once again confirmed the DFB's attitude, which I find very decent."

Flick did not rule out an interest

Rummenigge will continue to rely on Flick as a coach for the Bundesliga leaders.

He emphasized that you are experiencing “the most successful period in the history of FC Bayern”.

In addition, the Bayern boss, who was leaving at the end of the year, recalled the current contract with Flick, which will not end until mid-2023.

"Every agreement includes both rights and obligations," said the 65-year-old Rummenigge.

When it comes to the national coach, Flick has so far referred to his current contract in Munich.

“I want to work very successfully here at Bayern Munich and win several titles,” he said.

At the same time, however, he did not explicitly rule out an interest in becoming a national coach.

As Löw's assistant, Flick became world champion with the German national team in Brazil in 2014.