Liverpool took away three important Premier League points away against Wolverhampton. Just before the break, Diogo Jota was able to set the match's only goal for 1-0. The final minutes, however, were marked by a nasty head bang on the home team's goalkeeper Rui Patricio who created the mood. 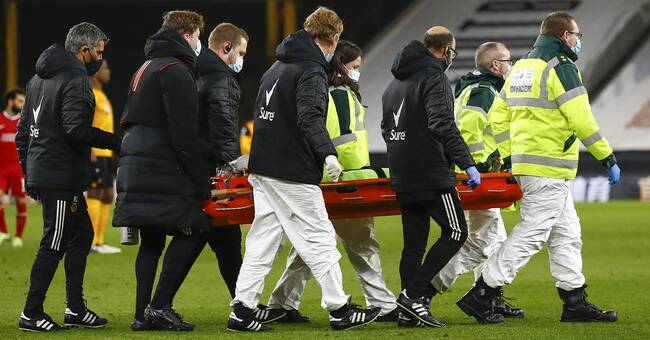 Liverpool's poor form has caused the reigning champions to fall sharply in the table.

Before the away match against Wolverhampton, they only had one victory in the last seven Premier League matches.

In other words, three redemptive points were salvaged on Monday night.

Match hero became a familiar face for the home team.

Diogo Jota, who was recruited to Liverpool from Wolverhampton this summer, saved the guests at the end of the first half.

Liverpool came in a counterattack and Sadio Mané spliced ​​the ball further to Jota who shot in the lead goal.

Liverpool had another ball in the net at the end of the second half, but Mohamed Salah was ruled offside.

In connection with Salah's conceded goal, goalkeeper Rui Patricio went on a nasty blow to the head when he collided with teammate Conar Coady.

Wolverhampton's goalkeeper lay for more than ten minutes before he could be carried out on a stretcher with a support collar around his neck and oxygen.

Wolverhampton stormed forward on offense several times at the end but failed to get the ball into the net, and Liverpool won 1-0.

Due to the injury, there was an extra 20 minutes.