Nightmare race for Stina Nilsson - worst shooting of all

Stina Nilsson is still having a hard time with the shooter. In Saturday's sprint, she had the worst shooting of all and finished in 81st place. 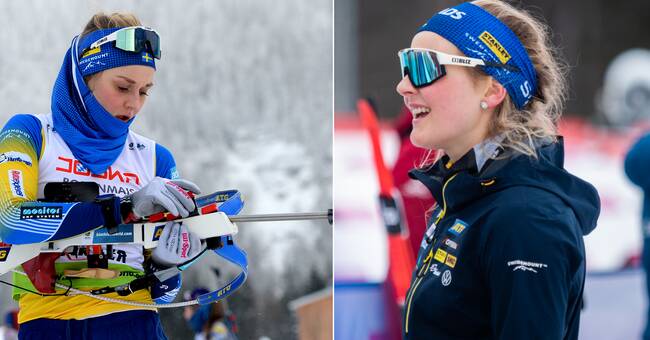 On Saturday, there was a chance for revenge for Stina Nilsson when another sprint race was won in the IBU Cup in Obertilliach, Austria.

But it did not want at all for the former longitude star.

There were seven booms, most of all 120 skiers in the starting field, and her worst shooting result in her biathlon career.

In the end, it was an 81st place, her worst position since the international competition debut in January when she became 99th in German Arber.

She finished over three minutes behind the Russian Anastasiia Goreeva who won the race.

In yesterday's sprint race, there were four booms and a 36th place for the 27-year-old.

Previously, she has missed at most six shots, it was in the hunt start in the European Championships in Polish Duszniki Zdroj at the end of January.

CLIP: Björn Ferry: "Stina should get the chance"