It was even until the very end. But Sävehof eventually won against Önnered with 27-23 in the first quarter-final meeting. - It does not matter if you win with a ball or ten. The only thing that matters is to win, says Sävehof's Jamina Roberts to C More. 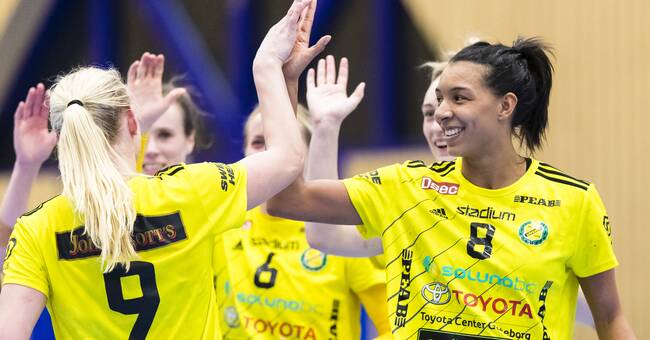 But that did not happen in the playoffs - at least not the first quarter final between the teams.

For a long time it was even between the teams.

- It is not because we underperform that makes us only win with four balls, but Önnered is good.

We usually can counter some on them but it did not work today, says Sävehof's Jamina Roberts, who scored five goals and two assists in the match, to C More.

For Robert, an Olympic qualifier now awaits in Spain with the rest of the national team.

And just two days after she comes home, the second quarter final will be played against Önnered.

- We will toil like pears out there and it will be a lot of fun.

You will be tired but it's just fun, she says.

"Next time we beat them"

Önnered's Tilda Olsson says that the team had a completely different attitude to face Sävehof in the playoffs than they had in the league game.

But points out that there is a long way to go until the next match.

- You have to train and try to maintain a match level.

In twelve days it is easy to lose weight.

But next time we have to beat Sävehof, says Olsson.

On March 24, the next quarter-final meeting between the teams will be played.