It would be a sensation. An influential group is planning to install Ralf Rangnick as a sports director at Schalke. New mission at old place of work? 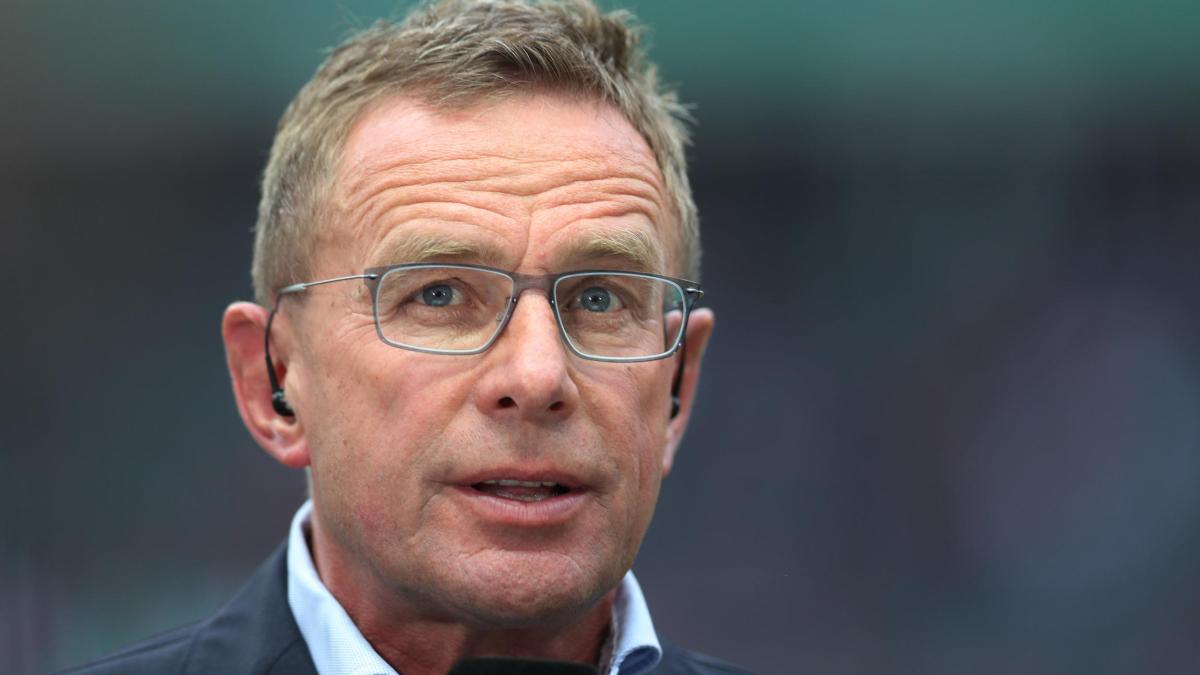 New national coach, coach in Mönchengladbach or sports director at FC Schalke 04 in the second division?

There are more and more rumors about Ralf Rangnick's future.

The future of the 62-year-old seems completely open.

According to a report by "Bild", an unspecified group of influential people from business and politics should now want to guide Rangnick as a sports director to the likely relegation to Schalke.

The topic should therefore be discussed in the Supervisory Board on Friday evening.

The grouping should also include candidates for the future supervisory board.

Initially, there was neither a reaction from the Rangnick side nor from the club.

According to "Bild", however, there should already be a "basic preliminary agreement" between the Rangnick side and the association.

Rangnick is to be equipped with a long-term contract for an expected five years.

However, he is not the only candidate who is eligible for the post of sports director at Schalke.

According to information from WELT, Schalke's supervisory board chairman Dr.

There remains a big question with all constructs

Rangnick is also being discussed as the successor to national coach Joachim Löw, who resigned after the EM in the summer.

And Rangnick, who was most recently under contract as “Head of Sport and Development Soccer” at Red Bull, has already expressed his fundamental interest.

It is a "position that leaves no one in Germany indifferent," he said on Sky.

“I can basically imagine anything.

For me, it's primarily a matter of timing.

In addition, Rangnick is at least a candidate in Gladbach, where coach Marco Rose will migrate to Dortmund in the summer.

According to dpa information, there were already talks between the 62-year-old and Borussia sports director Max Eberl.

However, all three constructs raise questions regarding Rangnick's previous profile and his well-known desire for the greatest possible power.

In the case of Schalke, it remains to be seen whether he would be content with a function as a functionary without also being a coach.

The club had only signed Dimitrios Grammozis as a new coach the week before - with the clear requirement to lead the sporting reconstruction in the likely event of relegation.

At the DFB it is unclear whether the association would grant him the competencies that are certain to be desired.

And in Gladbach, too, a model would have to be found to interact with manager Eberl.