Emil Iversen won the gold in the dramatic World Cup five-mile at the expense of Johannes Hösflot Kläbo's dishwashing. Unlike his teammates who will end the World Cup season in Engadin, Switzerland, this weekend, Iversen went home to Meråker outside Trondheim. - I have tried to enjoy and drink some red wine, says Iversen. 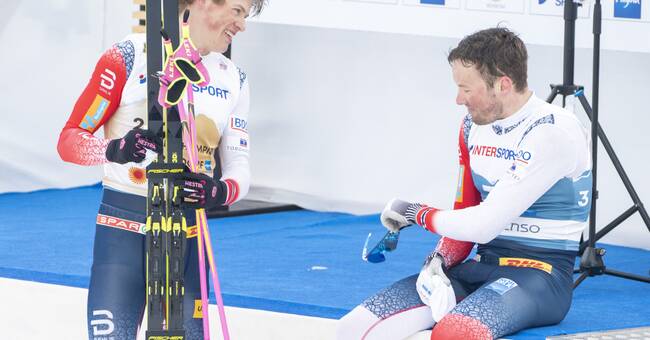 Even though it was Kläbo and Alexander Bolshunov who were in the eye of the storm when the five miles turned into washing dishes, protest, counter-protest, the appeal and so yesterday a withdrawal of the appeal on the initiative of Kläbo who was first in goal, Iversen was thrown into turbulence.

- It has been an extreme move.

I have tried to get a grip on what happened and tried to enjoy.

I have tried to take life in stride, drink some red wine and eat good food.

I have tried to land properly and not moved a meter since I got home, says Iversen who was home on Monday night to NRK.

It was only yesterday that he could certainly call himself world champion.

"Happy not to live in uncertainty"

- I am happy to avoid living in uncertainty.

It would have been painful to have to wait for months.

What would I say when people called me world champion?

Now it is a first place and it will be easier to meet people.

It's a nice feeling, says Iversen.

Kläbo was mentally exhausted after five miles and only yesterday was able to meet the press and explain why he turned around and withdrew his appeal.

- I have kept in touch with him in recent days.

It has, of course, been extremely difficult for him.

Although I also think it has been difficult, it is much worse for him, says Iversen.

"He gave me the gold"

Iversen thinks that Kläbo won on other levels - without getting the gold around his neck.

- It would not have been the same thing to become world champion this summer after it became a lawsuit.

The most important thing for Kläbo was what he got to show in the race.

He has now shown himself from a great side, all credit and thanks for that.

It helped me a lot that he actually treated me to the gold.