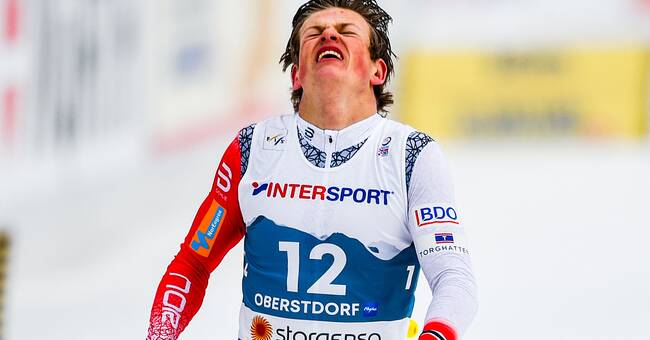 Today, the Norwegian Ski Association announced that it is withdrawing its appeal regarding the washing up of Johannes Hösflot Kläbo.

The Norwegian was washed after going into the Russian Alexander Bolshunov during the riot in the five miles during the World Cup in Oberstdorf.

"We have always been aware that there are arguments both for and against Norway should appeal the disqualification of Johannes after five miles in the WC," says the Norwegian length manager Espen Bjervig in a press release.

"Therefore, we support Johannes and immediately contacted FIS when he told us about his wish today", Bjervig continues.

Johannes Hösflot Kläbo is grateful for the support he has received from the ski association.

"I want to commend the ski association for the efforts they have made for me, both in this case and to support me down here.

We have agreed on the process and now I want to look ahead instead ", Kläbo writes in the press release.

"It is very possible that I should have seen this before I let the ski association do everything to send the appeal, but I have not mentally had the strength until today," says Kläbo in a statement.

ARCHIVE: Kläbo is washed up after the drama - deprived of World Cup gold (March 7)

After deliberations, the jury decided that Johannes Hösflot Kläbo should be washed and deprived of the gold in the five miles.