Will Stina Nilsson get the chance to make her World Cup debut in biathlon in Östersund next week? National team coach Johannes Lukas opens for it. - There are opportunities for Stina just like for everyone else, says Lukas. 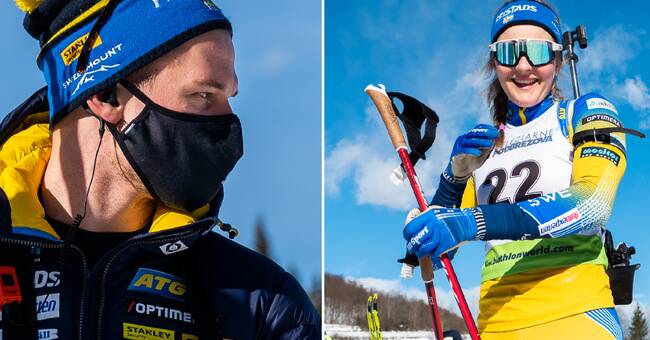 In the last competitions in the IBU Cup in Osrblie, Slovakia, Stina Nilsson finished eighth in the hunt start, and then took second place in the relay.

The former long-distance star, who changed sports before this season, must continue to deliver good results to get the chance in the World Cup final in Östersund, says national team coach Johannes Lukas.

- For her, it is important to compete, and then we see how she performs and how the others perform.

These are the same rules for everyone, says Lukas.

Stina Nilsson otherwise had a tough start as a biathlete.

In her first two races, she came 99th and 69th, respectively, and the motto from the national team management has been to hurry slowly.

After the great races in Osrblie, Johannes Lukas said that Nilsson is getting better and better but that she needs much more time before she can reach some top results.

The IBU Cup, the level closest to the World Cup, ends this week in the Austrian Obertilliach, and Stina Nilsson is in the squad.

This is where she has to show her front feet if she is to get the chance in Östersund.

The World Cup final has been moved from Norwegian Holmenkollen.

The Swedish squad will be tentatively presented on Monday.

- There are opportunities for Stina just like for everyone else, after this week we will see the results and then we will take the squad to Östersund, says Johannes Lukas.