Chelsea FC: In the middle of the game, Tuchel exasperated Timo Werner

Thomas Tuchel remains undefeated with Chelsea. In the win against FC Everton, he is not satisfied with Timo Werner because he does not stick to the specifications. TV cameras document the coach's criticism. 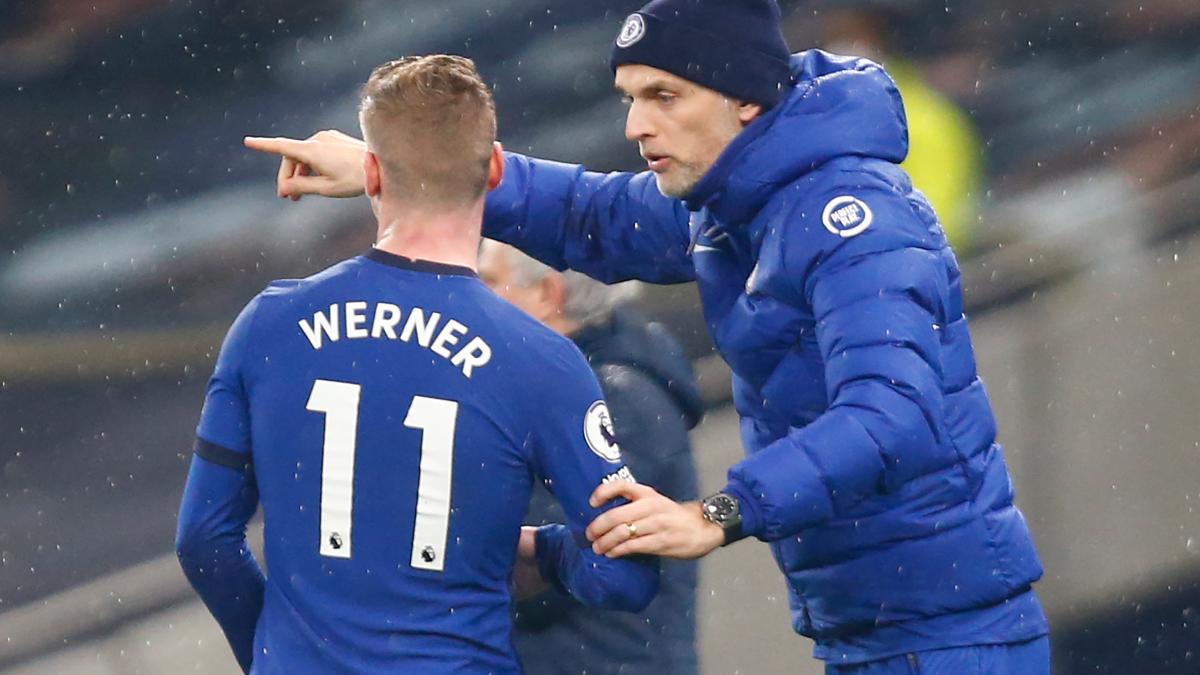 In the Premier League game against pursuing Everton FC, the striker was part of the Chelsea FC starting line-up, for the first time in a long while with his national team colleague Kai Havertz.

Havertz prepared the 1-0 (own goal Ben Godfrey / 31st minute of play), Werner did not have his best day.

He was very committed, but didn't use his scoring opportunities.

And coach Thomas Tuchel was obviously dissatisfied with the 25-year-old's positional play - and shouted critical sentences to Werner during the first half.

That could be heard clearly through the external microphones.

The video of the scene is eagerly discussed on social networks.

“Timo, Timo, how long do you play left?

You've been playing left for a quarter of an hour.

Don't you understand? ”Tuchel called to him in his mother tongue.

He shrugged his shoulders visibly annoyed and then turned away.

Hudson-Odoi was supposed to play on the left

Tuchel had placed Werner on the right, Havertz came through the center, and Callum Hudson-Odoi, who was once courted by FC Bayern, was supposed to be the left winger.

Havertz cheered again in the 54th minute, but his goal was denied because he had previously touched the ball with his upper arm.

But in the end he had his share in the second goal when Everton goalkeeper Jordan Pickford fouled him in the penalty area.

Jorginho converted the due penalty (65th).

Werner missed Pickford four minutes before the final whistle and thus missed to ensure an even bigger win.

In the final stages of the game, Tuchel replaced him.

Tuchel remains undefeated as the coach of the London club.

After the win, Chelsea are fourth in the table and after their eleventh game in a row moved up to three points on third-placed Leicester City without defeat and remain on course for the Champions League.

In all five home games under Tuchel, Chelsea remained clean.